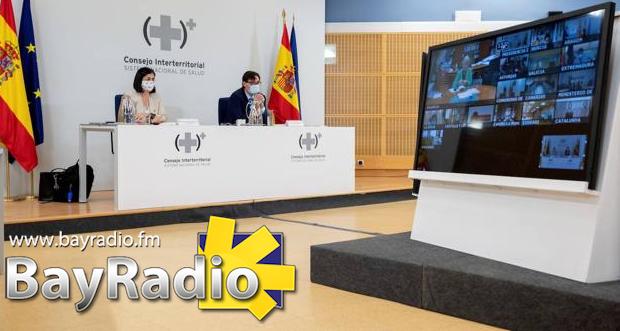 Spain’s health minister, Salvador Illa, said no lockdowns will be authorised until at least 9th December.

The Spanish government has rejected calls from four autonomous communities and two cities to impose home confinement on residents.

Health minister Illa said ‘no new measures’ would be taken until the fruits of border closures have become apparent.

Illa today told a meeting involving the heads of Spain’s 17 autonomous regions that at least ‘two to three weeks’ were necessary for evaluation.

It also follows the publication of Spain’s second state of alarm in a royal decree on Sunday, 25th October.

The emergency document implemented a nationwide curfew from 23:00 – 06:00 (with possibility of pushing back start to 00:00) and opened a legal door for regional border closures.

But the state of alarm (read it in Spanish here) did not allow for regional confinement of residents.

The only measure open to autonomous communities – while a full lockdown remains off the cards – is to impose stricter restrictions on the hospitality industry.

It comes after autonomous communities Asturias, Castilla y León, Andalucía and the Basque Country – as well as enclaves Ceuta and Melilla – have each made petitions to the government for home confinement.

They each claim ‘extreme risk’ – but whereas Asturias has a relatively low accumulated incidence of 430 cases per 100,000 over the last 14 days, Melilla has recorded a whopping 1,424 cases.

Today, Murcia ordered the closure of all restaurants, bars and cafes from this Saturday for 14 days.

Galicia in the northwest followed, closing hospitality businesses in regions holding 60% of the region’s population.

They follow another six regions who have announced partial or full-closure of the hospitality industry: Cataluña, Navarra, La Rioja, Castilla y León, Asturias and Aragón.

Illa said today during the meeting that these measures are working to reduce infections, reports Las Provincias.

Murcia’s regional president ended up defending Illa – saying that in the 10 municipalities where bars and restaurants were closed last week cases have dropped 8%, while across the region cases have overall risen 14%.