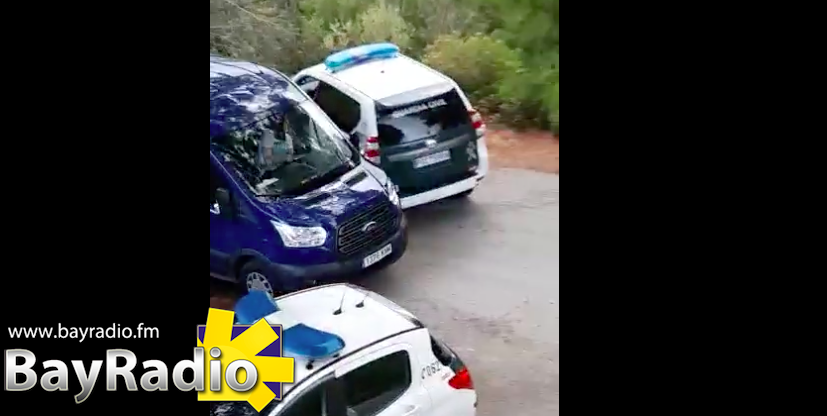 The man has been tested negative for drugs and alcohol following his arrest – the cause of jumping police stop not yet known. Watch videos below.

A routine police stop in Benitachell’s Cumbre del Sol has ended in a police chase across half the Marina Alta region.

A man in a blue van assaulted agents of the Policía Local del Poble Nou de Benitatxell before smashing past police cars as he broke loose.

Guardia Civil agents joined the chase through Teulada, Gata de Gorgos and Jalón before blocking the man in Calp this afternoon.

Watch the initial police stop in a video from Calp Digital:

In the CalpDigital video, officers can be heard shouting: “Put a trunk down, and another, he’s going over it!”

A man can also be heard shouting ‘shoot him’ at the initial roadblock in Benitachell – the man was presumably filming the incident.

Shots can be heard – they were ‘intimidatory’ shots in an attempt to warn the assailant, according to CalpDigital.

The man has been named age 20, and of Spanish nationality.

He has been charged with assaulting an officer, resisting arrest and crimes against road safety.