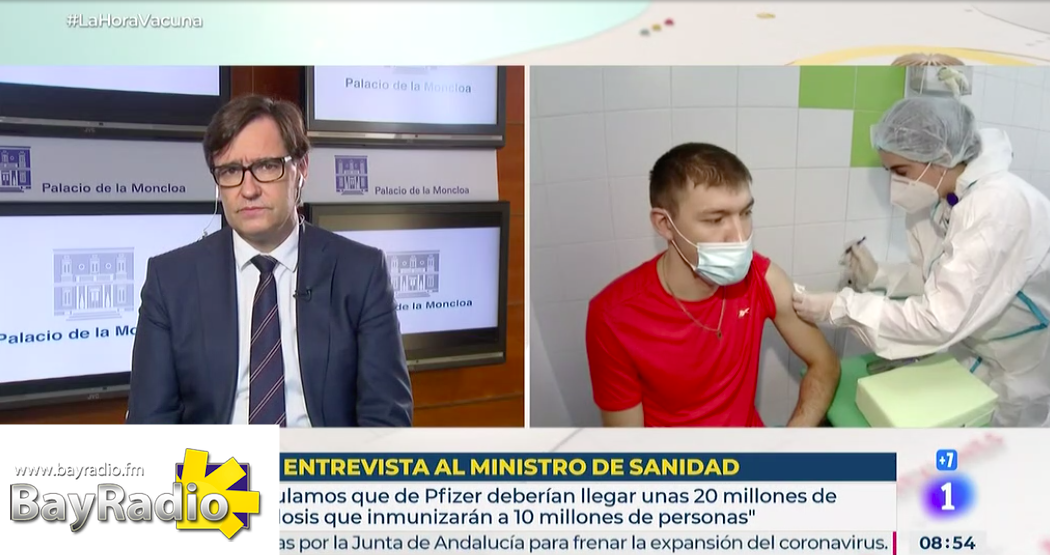 Spain’s central government has announced that 20 million doses of breakthrough-vaccine Pfizer will be in Spain by ‘April to May’ 2021.

It was news that sent the stock market soaring – see how EasyJet stocks rose 27% in our write-up here.

The purchases will vaccinate at least 10 million of Spain’s most at-risk groups by ‘April to May 2021’ – Illa said in a 6-minute interview you can watch here (in Spanish).

The vaccine is fickle – it must be stored at below 80 degrees Celsius – but will be free on Spain’s national healthcare system.

According to Spain’s Centre for Sociological Investigations (CIS), 43.8% of Spain’s population will not take a vaccine.

A CIS survey that saw results last month also indicated just 40.2% of Spain would take a vaccine, with the remaining 16% not sure.

The survey also found that 55% of participants had ‘little to no confidence’ in the government’s handling of the COVID-19 pandemic.

Talking to TVE this morning, Illa said his health department would be ‘clear and convincing’ against people telling ‘lies’ about vaccines.

“We will do it by just telling the truth: that vaccines save lives,” Illa said.

He admitted the pharmaceutical and manufacturing industries had been racing to find a vaccine, but always respecting ‘health and safety’ criteria.