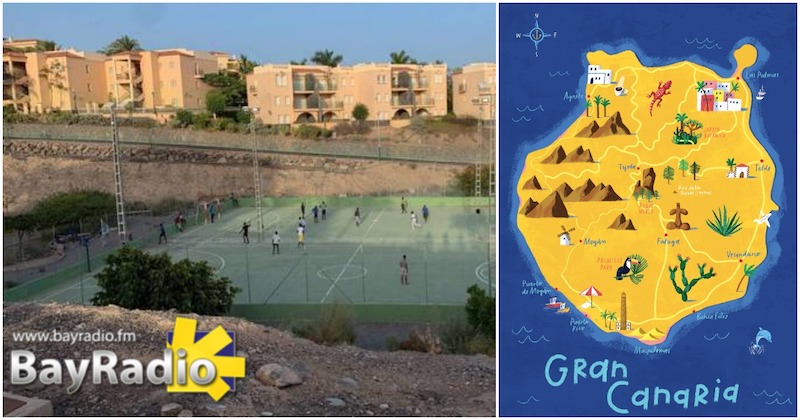 Some 3% of hotel beds in the Canary Islands have been set aside for illegal immigrants, whose arrivals have exploded 664% compared to 2019.

The ‘English Beach’ on Gran Canaria’s southern coast was built in the 60s to cater for growing European tourism.

But in 2020, beachside hotels in the Malpalomas area have closed to their main customer to make way for another: illegal immigrants.

It’s a situation that some are hailing an ‘example for Europe’ and other’s a ‘disaster’ for the Canarian tourism.

“We are giving a great example for Europe,” said Tom Smulers, the vice-president of Las Palmas’ largest hospitality and tourism business association (FEHT).

He called the 4,500 hotel beds a ‘humanitarian action’ after all migrant centres in Spain were closed due to the COVID-19 pandemic.

Deportations: Did you know?

“This does not destroy the image of Canarian tourism; what would have ruined us would be the image of thousands of people on our streets, such as has happened in Lesbos or Lampedusa. That would scare tourists away,” Smulers told El Confidencial.

Maspalomas was the first touristic area to open the Vistaflor apartments to immigrants after spending quarantine at the mulle de Arguineguín – a migrant camp run by the Red Cross, which can hold up to 2,000 people.

At Maspalomas alone, within weeks 500 furloughed workers were brought back on salaries paid by the government. Hundreds more workers have been brought back to closed hotels since then.

According to figures from Spain’s Ministry of the Interior, there are 5,748 extra beds available for immigrants – some 78% of which are at hotels, meaning about 4,483 beds.

The remaining places for immigrants include formerly-closed migrant centres and establishments owned by Spain’s Defence department.

One of the re-opened centres in Las Palmas (Barranco Seco) can hold 400, but COVID-19 restrictions mean capacity is reduced to 60.

‘Afraid to go outside’

Illegal immigration during 2020 is already up 1% on the whole of 2019 – according to figures from Spain’s Ministry of the Interior up to 31st October. Source.

But the biggest increase is on arrivals by boat to the Canary Islands, already up 664% on 2019.

At least 11,800 migrants have landed on Gran Canaria – the majority going to the southern region of Tunte for mandatory 72-hour quarantine following a PCR test before they are packed off to hotels or flown to mainland Spain. About 50 a day are being flown to the peninsular.

“People are afraid to go outside. Access to the quarantine building is open, there is only one security guard and two monitors. The other day three loaded buses arrived. And then there are these 200 kids who live on full board at the hotel and spend the day going around the town in groups. They occupy the soccer fields, so our children cannot play, and they can be seen on the terraces drinking alcohol. Not all will be the same, but not we know them from nothing. Many parents are afraid of leaving their daughters of 12 or 15 years alone in the streets, even the women are scared. I don’t want that for my people.”
— Ismael Guerra, spokesperson for a Tunte grassroots group challenging the government’s moves.

Guerra said the situación is nearly as bad as 2006, when 31,678 illegal immigrants arrived in the Canary Islands.

(According to Spanish fact-checking site Maldita.es, the Red Cross have confirmed they give each migrant a 30e one-off payment for pocket money.)

Spain’s Secretary of State for Migration, Manuel Muñiz Villa, said the situation is only ‘temporary’:

“These are empty hotels, which have helped to reactivate the economy in this sector. In the difficult situation that this sector is experiencing, the solution is beneficial, both for employers and workers. Hotels are often emergency resources in all kinds of crises. Not only immigration, and not only in Spain. It is an emergency solution that other countries in Europe also use, such as France, Belgium or United Kingdom.”

One Policía Nacional agent told El Confidencial they are seeing many Moroccan and Algerian migrants, taking advantage of official border closures between Spain and their native countries.

“Here are two things that break the mould: for 25 years, irregular immigration in the Canary Islands has been mainly from sub-Saharan Africans, but at this time 85% of the arrivals are from the Maghreb [north Africa]. Sub-Saharan Africans continue to arrive now as well, but in the usual flows that depend on the state of the sea; what is overwhelming us is the massive arrival of Moroccans. This is never seen before and it responds to something, it is not by chance.

The second novelty is the status of these people. Sub-Saharan Africans have their fingerprints and data taken when they arrive at the port, but almost all Moroccans are already documented – it is almost unheard of thing that a person who arrives by boat comes with a passport. But they know they will not be returned to Morocco, due to the closure of borders, and arrive with the confidence to come documented and be able to continue towards Europe if necessary. Those who have savings bring them with them. It is a very rare situation that is reaching an alarming magnitude.”
— Anonymous Policía Nacional agent in conversation with El Confidencial.

This is his Instagram, but the passage video has been taken down.