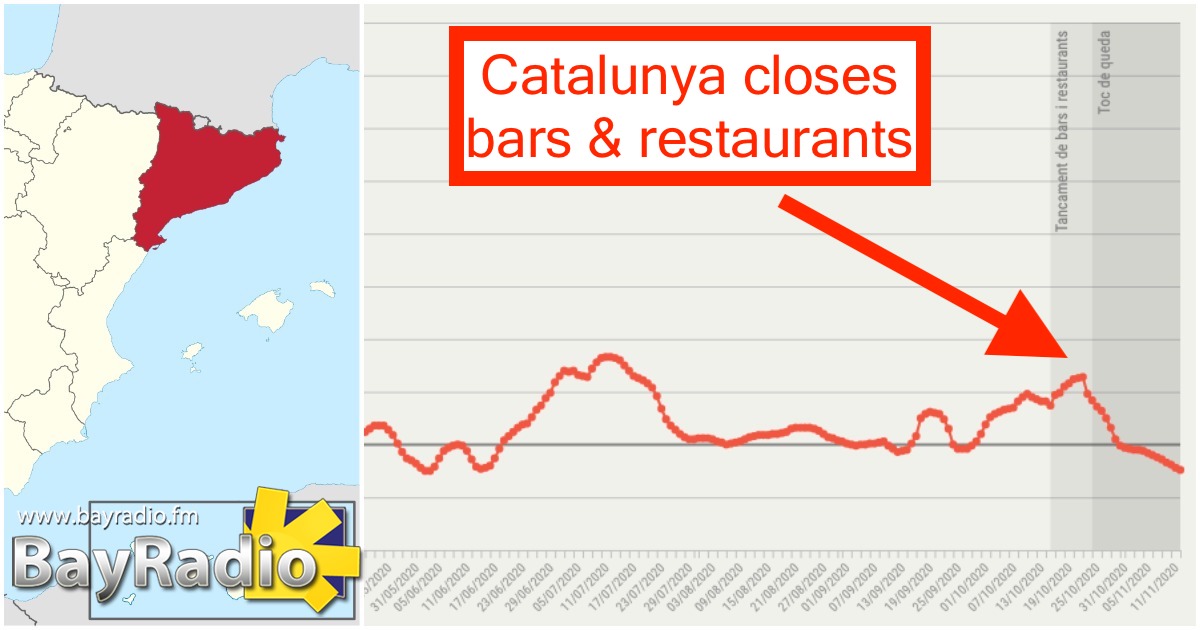 Catalunya will begin reopening bars and restaurants next Monday (23rd November) after a month of strict restrictions.

It comes as the autonomous community has seen its R reproduction number fall to 0.76 on Tuesday – down from over 1.5 in mid-October.

Theatres and cinemas can also reopen in the first of four phases of de-escalation (see below).

The following rules remain in place:

These measures are not yet official – but Catalunyan e-paper ElDiario has published the draft plans this week.

The document outlines a four-phase de-escalation from Catalunya’s total closure of its hospitality industry for an entire month.

Each phase will now last 15 days, meaning another two months of restrictions, albeit less severe.

Proceeding to phases 2-4 will depend on meeting health criteria.

It comes as Catalunya’s accumulated incidence fell to 490.60 cases per 100,000 inhabitants over the last 14 days – according to Spain’s daily COVID-19 update yesterday.

596 people remain in UCIs (intensive care) – an increase of at least 100 patients since restrictions were introduced in October.

New daily cases are declining however, down from positives in the 6000s in mid-October to figures in the 2000s over the last week.

A second phase of de-escalation is expected to begin on 7th December – it will allow interior capacities to climb up to 50%, but will keep the same opening hours. It will also allow residents to move freely within their ‘comarcas‘.

Assuming phase two lasts for 15 days, it would mean restriction of movement until at least 21st December – as well as curfew.