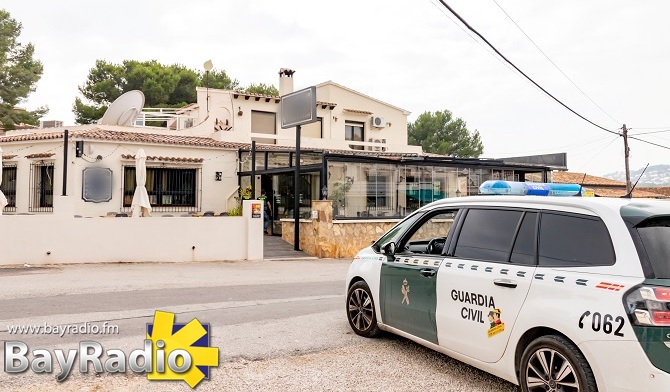 Guardia Civil have arrested 9 people in Teulada-Moriara on drug-trafficking charges, money laundering and electricity fraud – the arrests are linked to a restaurant in the Sabatera area of Moraira.

A massive Guardia Civil operation took place in Moraira throughout yesterday, Thursday, in which nine people were arrested on drug-trafficking charges.

‘Months’ of investigation led to the police swoop on three homes and a restaurant located in different parts of Teulada-Moraira – TeuladaMorairaDigital reports.

A large quantity of marijuana plants were found in the residences, cultivated indoors for resale.

Electronic equipment to control the growth of the plants was also seized.

Alongside crimes of drug-trafficking and belonging to a criminal organisation, the Guardia Civil is also pressing charges of electricity fraud and crimes against public health.

The operation was led by the Policía Judicial de la Guardia Civil de Calpe, in co-operation with agents from Teulada-Moraira.

Sniffer dogs were also deployed in the operation.