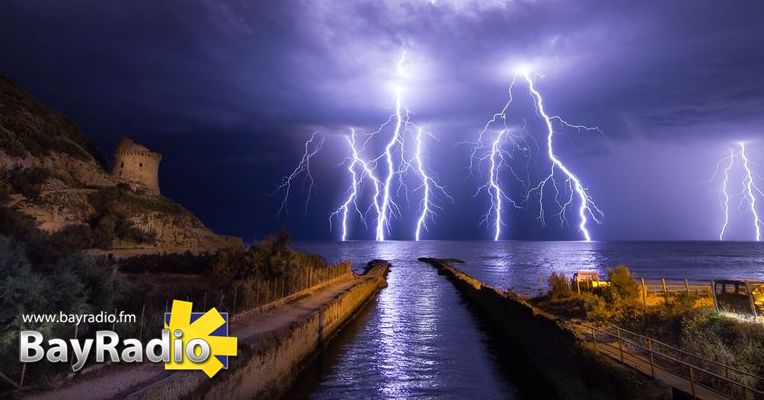 Spain’s met office (AEMET) has issued a warning that ‘heavy rains’ will hit the Valencian coastline from Friday onwards.

Andalucía in the south will be first in line to face the ‘cold drop’ of polar air advancing west over Europe.

AEMET said a ‘storm’ will then form on the eastern coast and over the Balearic islands.

“Rainfall will be heavy on Wednesday and Thursday in areas of peninsular southwest, especially in areas of Extremadura and of western Andalusia, while on Friday and Saturday in the Mediterranean area,” the statement reads. Source.

The statement concludes it is impossible to determine exactly where rains will fall – stay tuned to BayRadio’s Facebook page for more updates.

AEMET is also predicting 100% chance of rain for Friday and 95% for Saturday.

Alicante University’s climate lab have produced a model of the gota fría (‘cold drop’) expected to hit this week.

When this pocket of air hits warm and humid air rising over the Mediterranean, it can lead to a sudden release of water in the form of torrential rain.