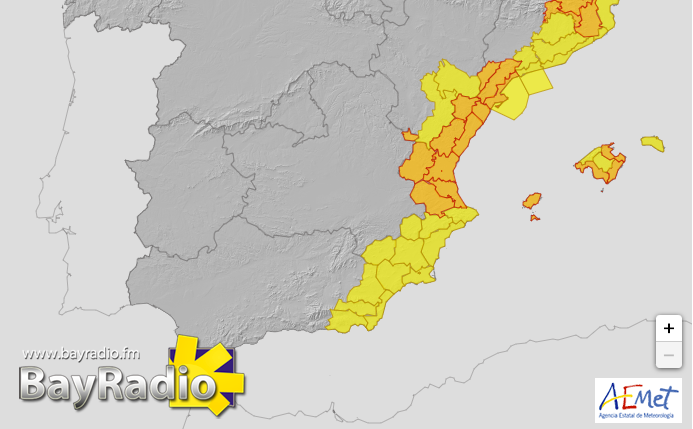 Regions just north of Denia at the northern end of the Costa Blanca are expected to see the worst of stormy weather today.

The worst of the rain (100mm/ 100l/m2) is expected for the coastal areas of Valencia and Castellón.

Alicante is still expected to see rain up to 30mm throughout today in an hour’s period.

A special alert from AEMET says rain could fall in quantities up to 60mm over a 12-hour period.

It is hard to predict where rain will fall – the gota fría phenomenon occurs when warmer Mediterranean air meets with an isolated pocket of arctic air at high altitudes.

Rainclouds suddenly fall and burst, drenching localised areas while the other side of a mountain could get a drizzle.

A post from weather watching site MeteOrihuela shows a rough prediction of rainfall during today and tomorrow:

Alicante’s Climatology Lab has also released a map of lightning expected to hit the coastline today.