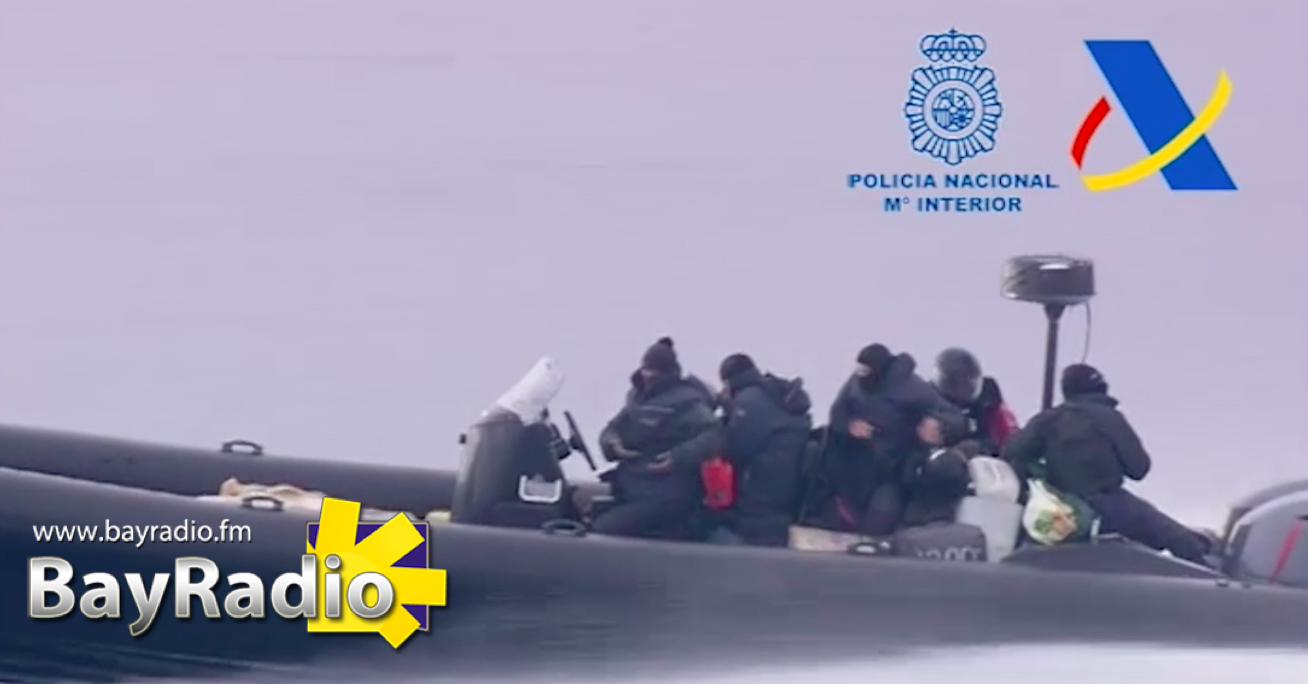 Drug traffickers from North Africa tried to shake off a Policía Nacional helicopter for 5 hours, before all were detained and arrested.

The traffickers appealed to Policía Nacional with gestures suggesting they had young children and needed to eat (watch below).

But Spain’s national police force showed no mercy as they arrested the 5 drug traffickers carrying 2,000kg of hash (€3 million+).

The chase took 5 hours and covered 100 nautical miles, according to a Policía Nacional press release.

A video shows the traffickers attempting to dump the cargo at high sea (see below).

The chase took place around 80 miles off the coast of Cartagena, in Murcia.

The boat was 14m long and had two 300CV motors. It was headed for the Valencian Community.

Police agents recovered the dumped bales of hashish: a total of 66 carrying 2,000kg of hash.

Thousands of tonnes of Hash arrive in Spain by sea each year.

In fact, it was Francoist troops returning from former Spanish protectorates in Morocco who brought the custom of cultivating and making hash from marijuana plants to Spain.