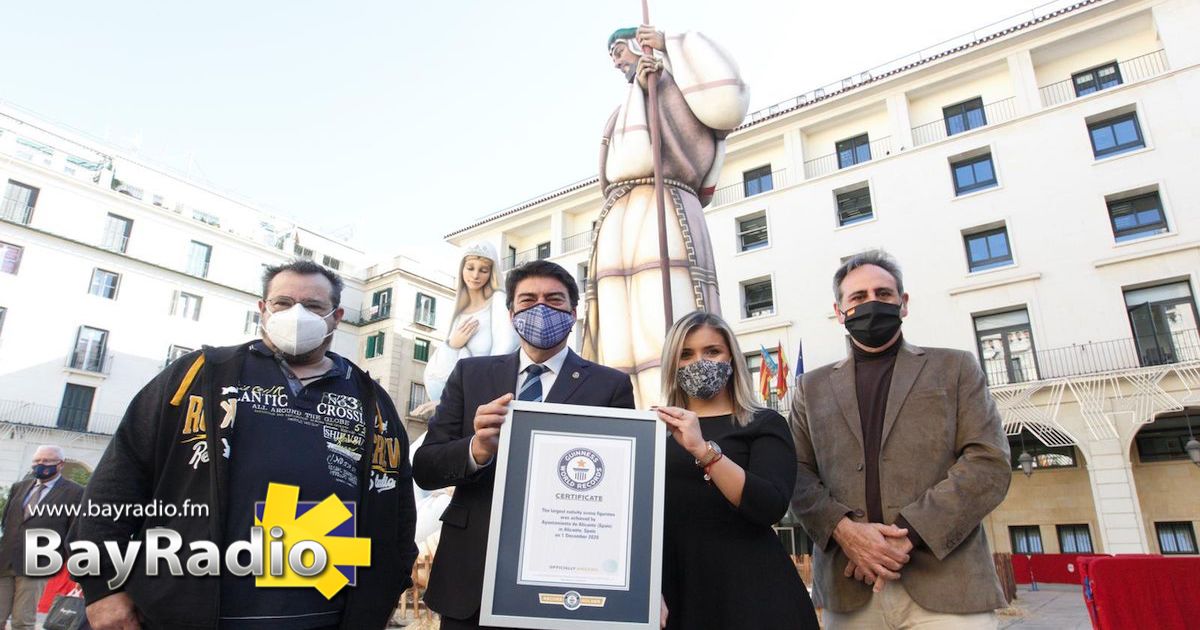 Alicante has put itself on the map with the tallest-ever nativity scene – and a Guinness World Record to boot.

The works were created by José Manuel García, or ‘Pachi’, who is a contributor to Alicante’s annual Hogueras festival in May.

But in the end, technology saved the day.

The sculptures cost a total of 123,000e with 14,900e going towards the Guinness certification.

The Ajuntament justified its expense by saying the Belén would promote tourism and have a knock-on effect for Alicante’s suffering economy.

“It is more than compensated with the echo that this initiative is having and with the media repercussion of the Guinness award,” Alicante councillor for Fiestas, Manuel Jiménez, told Alicante daily Diario Información.

“This initiative is going to be an important economic boost for the productive sectors most affected by the pandemic. In addition, it brings Alicante to the centre of international attention in these different, traditional and safe Christmases,” Alicante’s PP mayor Luis Barcala added.

“It’s a singular milestone, which represents an important help for the artists of Hogueras, a support for the productive fabric, an important tourist promotion of Alicante as a safe destination, and an inspiration bringing a sense of hope.”