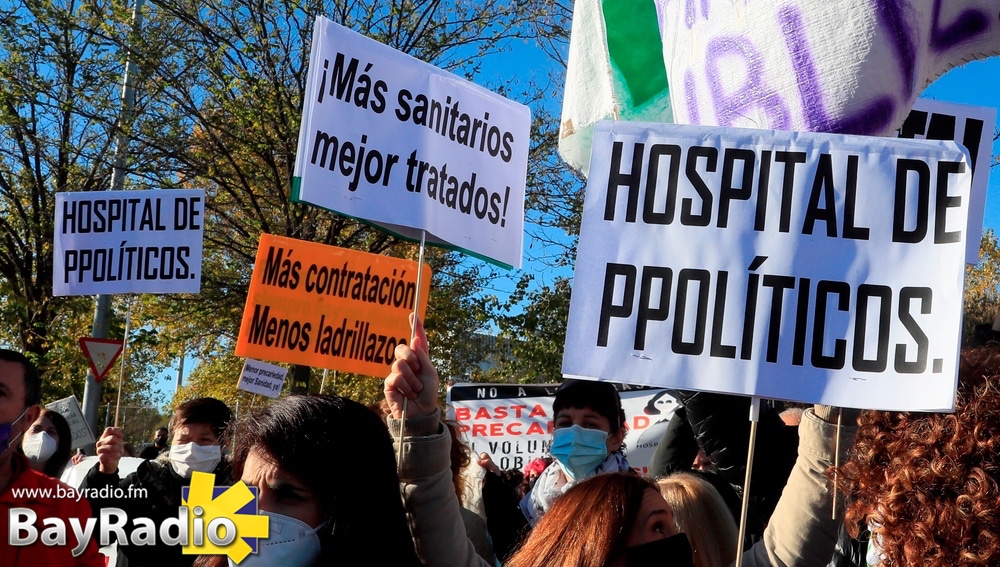 The opening of a new coronavirus hospital in Madrid has been met with protests.

The Isabel Zendal hospital was built in three months at a cost of nearly 100 million euros.

Madrid’s government said the hospital will eventually have a capacity of 1,056 beds, which will ease pressure on the region’s health-care system during the pandemic.

But the cost of the hospital and concerns over the lack of doctors and nurses to staff it have stirred anger, leading to protests as the hospital was inaugurated yesterday.

At the moment there are only 240 beds available in the hospital, critics say the money used to build the facility could have been better spent elsewhere.