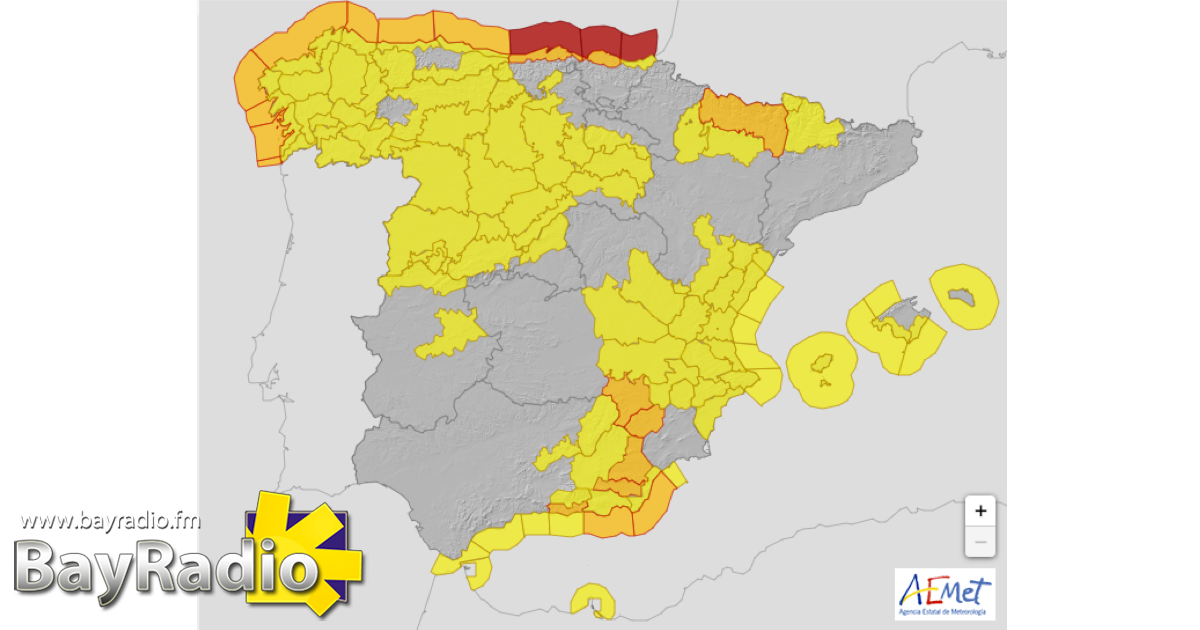 Spain’s met office (AEMET) has issued alerts for strong winds all over the mainland.

Winds speed up to 80kph are predicted to strike all over Spain today, affecting the Valencian Community, Andalucia, the Balearic Islands and most of the northern coastline.

The Costa Blanca largely comprises the entire coastline of Alicante province – a yellow warning for 80kph winds are predicted from 03:00 until 23:59 tonight.

The southern region around Torrevieja is expected to see wind from 18:00 un til 23:59 tonight.

Winds up to 60kph are predicted to hit the Andalucia coastline from Gibraltar along to Murcia.

Winds are predicted to hit between 07:00 and 18:00 today, lasting until midnight.