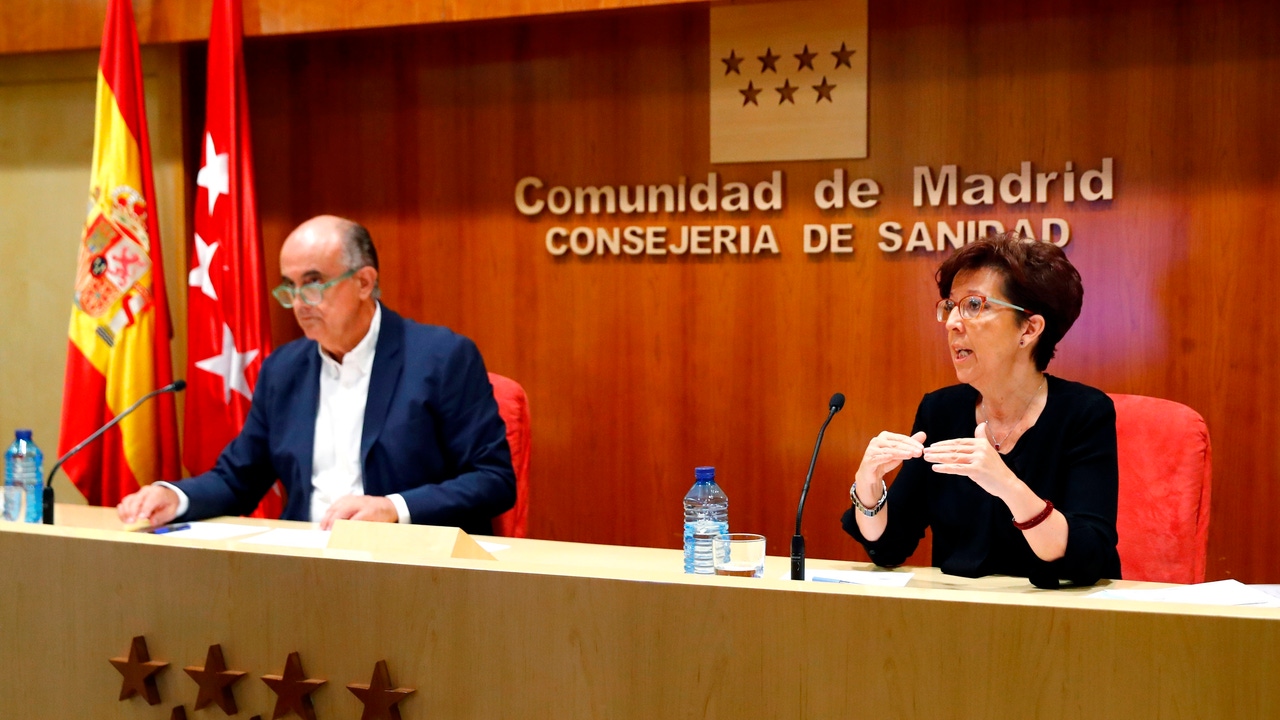 The Deputy Minister of Public Health and Plan COVID-19 of the Community of Madrid, Antonio Zapatero, has announced that seven points will be installed to carry out mass tests of antigens to young people aged 18 to 29 at the return of the holidays to “reduce the impact of virus transmission on the youth population” following Christmas trips to other provinces.

Zapatero announced this at a press conference with the General Director of Public Health, Elena Andradas, to update the information on the epidemiological and healthcare situation in the region by coronavirus that maintains a “downward trend” in infections. The positives have been reduced by 78.3% since the peak of the second wave, recorded between the 14th and 20th September.

No basic health area exceeds the threshold of 400 per 100,000 inhabitants in the last 14 days, so there are no new mobility restrictions, which will follow one more week in La Elipa (Madrid) and La Moraleja (Alcobendas), until Monday 21st December, while they will rise on Monday 14th December in Guzmán el Bueno (Madrid) and Barcelona (Móstoles).

The antigen tests for young people, that are going to be voluntary, are going to be performed “fundamentally” on university campuses, in collaboration with the Madrid universities, according to a note from the Community of Madrid, since the youth group accounts for 21% of all infections in the region.

Andradas explained that the reason for taking the tests after the holidays, and not before, is that Madrid is a community in which “the greatest proportion of transmission is due to the social activity of young people” and it is a question of detecting cases that do not have any type of symptomatology to “continue with the strategy of early detection and isolation”.

“It will depend on the will of the young people of the Community of Madrid, in those first weeks after Christmas the tests will be available in seven strategic points”, according to Andradas, who insisted on a message of prudence and asked young people to reduce social contacts as much as possible.

In this regard, he explained that on Friday they had a meeting with the Ministry of Health for which they previously provided a document that said that Madrid was going to receive 658,000 doses of vaccines, and that this Tuesday, “without any other prior communication” received another document where the figure changed to 207,000.

The President of Madrid, Isabel Díaz Ayuso, has also denounced the reduction in the number of doses of the vaccine in the presentation of the Watchtower Project for the detection of COVID-19 in wastewater. “Now we find that instead of 300,000 vaccines we will only have 100,000 and this tells us that we will not be able to vaccinate the risk groups, the health workers and with so few vaccines we will only go to the residences for now, but we are unable to do so if the vaccine does not arrive soon”.

First patients in the pandemic hospital

In relation to the opening of the new pandemic hospital Nurse Isabel Zendal, the Deputy Health Advisor has announced that everything is ready for the first patients to arrive this Friday and that the hospital center will be launched, for the time being, with volunteer health personnel.

In particular, as he explained, the nursing controls that have a capacity to care for 48 patients will be opened first and the opening of the rest of the facilities will be “progressive”.

“A protocol has been made so that candidate patients with a clinical profile are voluntarily transferred from the emergency services,” said Antonio Zapatero.