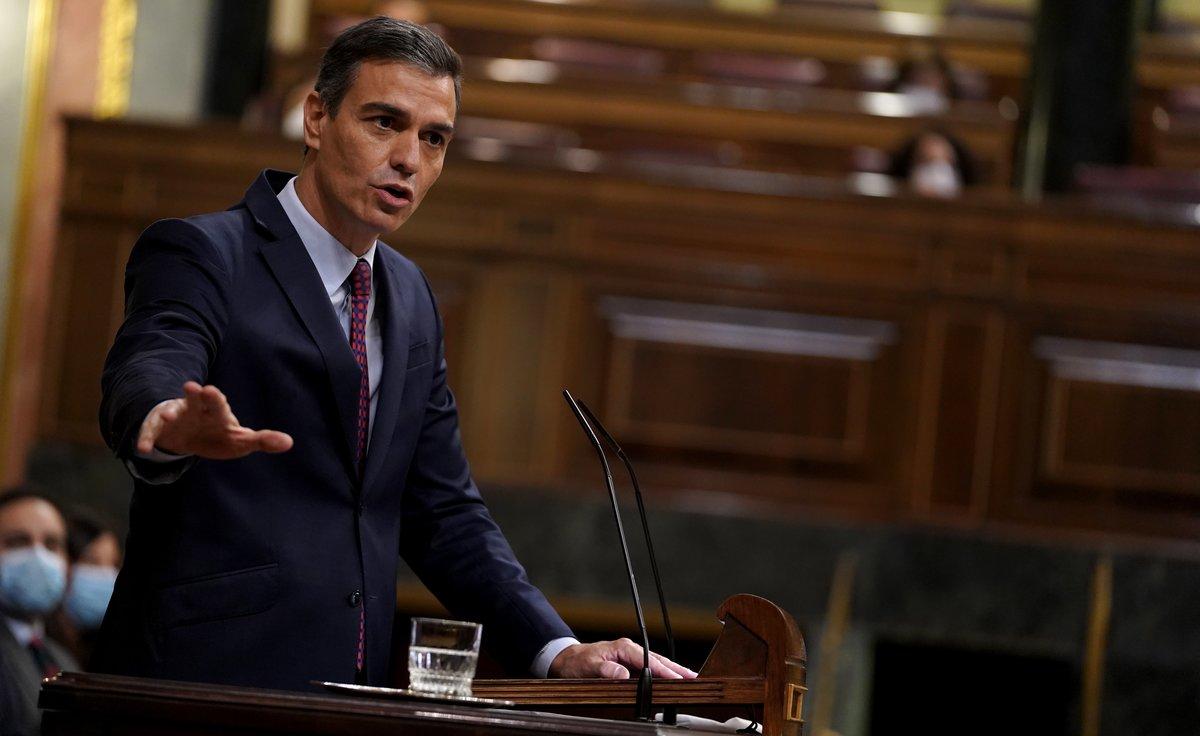 The President of the Government, Pedro Sanchez, warned now that we’re close to the Christmas holidays that he will harden the Christmas plan if necessary in the face of the “worrying increase of contagion” of coronavirus and has asked “not to let down our guard”.

“We are facing a last effort. It is up to us alone not to open the door to the third wave”, he said this Wednesday in a plenary session in Congress to give an account of the current development and implementation of the revised six-month state of alarm, in which he promised to review every two months.

“We have fought a lot all year, together (…) let’s not throw it all away”, he insisted. In this sense, he has asked the citizens to behave “as if they were infected” and not to forget “to wear a mask, to wash our hands and to social distance”.

Sanchez has assured despite the warning that the world is in a “third stage” of the pandemic that we’re “hopeful” and that it is “the beginning of the end, marked by vaccines”. But he warned that “vaccine is not the same as vaccination”.

Thus, he stressed that, when vaccination begins in a few weeks, Spain will “have more than four months deploying a vaccination plan for the whole country”. He said that next week the first vaccine, the Pfizer vaccine, will be approved at the extraordinary meeting of the European Medicines Agency on the 21st and the second one is scheduled for the 12th January.

He has assured that Spain “is ready” for vaccination, there will be three stages depending on the vulnerability and risk of the groups.

In his appearance at his own request in Congress to report on the situation of coronavirus, he explained that priority groups, such as residents, health and social personnel and large dependents, will have access to the vaccine in the first stage, which will total 2.5 million Spaniards. He hopes that in the second stage, between May and June, between 15 and 20 million Spaniards will be vaccinated; and in the third stage, the rest of the population will be vaccinated “in an orderly manner,” he said.

Sanchez has had three “lessons” from the pandemic. First, that “all governments must be humble,” something that has provoked laughter among the opposition benches. The second, that “the state of alarm works”, as it has shown, has said, “bending the curve during the first wave and keeping the virus at bay during the second”. The third lesson, he added, is that “those who have systematically questioned this constitutional tool -in reference to PP and Vox- should reconsider their position”.

For this third wave, the president has been convinced that Spain will move forward and has ensured that the government has understood the lessons of the crisis and is determined to carry out the transformations that the country needs.

“I am grateful that a majority in the Chamber have supported the government’s action to move Spain forward at this critical time,” said the Chief Executive, referring to the approval of the budgets, stressing that they mark the beginning of the “path of economic recovery”.