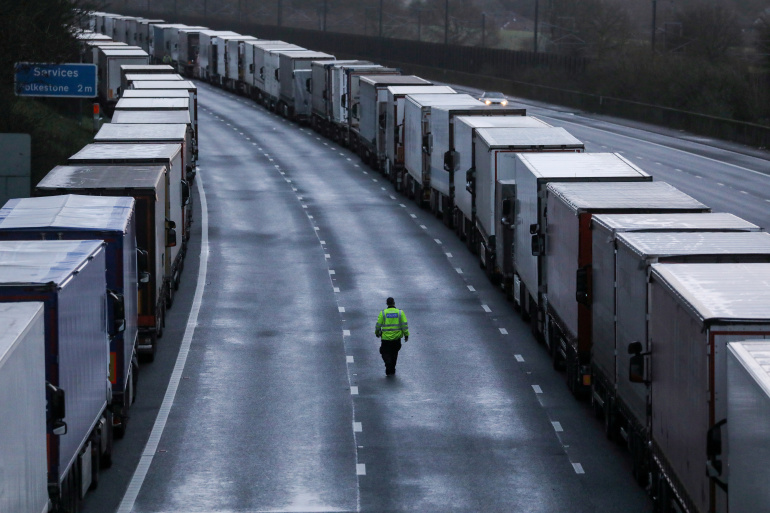 France reopened at midnight on Tuesday the borders with the UK for the movement of citizens, although it will require a negative coronavirus test, be it PCR or antigens sensitive to the new strain detected in the UK. This measure will be in force until at least 6th January allowing the use of the largest European border in the UK.

Only French, French residents or citizens of third countries who must make ‘essential movements’ are allowed to travel, including Spanish carriers, who had been trapped at the British border and ports for two days.

The Foreign Ministry is trying to facilitate this task, as they have expressed in a statement in which they say they hope to gradually restore normality in the movement of goods between the United Kingdom and continental Europe. The French government said in a statement that the 48 hours in which the border remained closed served to arrange a joint response at the European level and to maintain “constructive bilateral exchanges between the French and British governments.”

Any person who is going to cross the border in the next few days must have a negative PCR test carried out at most 72 hours before entering French territory or, failing that, an antigen test, thus validating one of the requirements imposed by the United Kingdom. Faced with doubts about the situation of lorry drivers, the French Minister of Transport has reported that the British authorities will provide facilities to carry out tests to transporters. “All lorry drivers, regardless of their nationality, will have to undergo a screening test” that will give a result in about 30 minutes, he said in a statement. In the case of testing positive, drivers will have to isolate themselves on British soil for 10 days, with accommodation provided by the UK authorities. However, neither Paris nor London have specified what drivers from countries that keep their borders with the UK closed will be able to do once they have crossed into France.