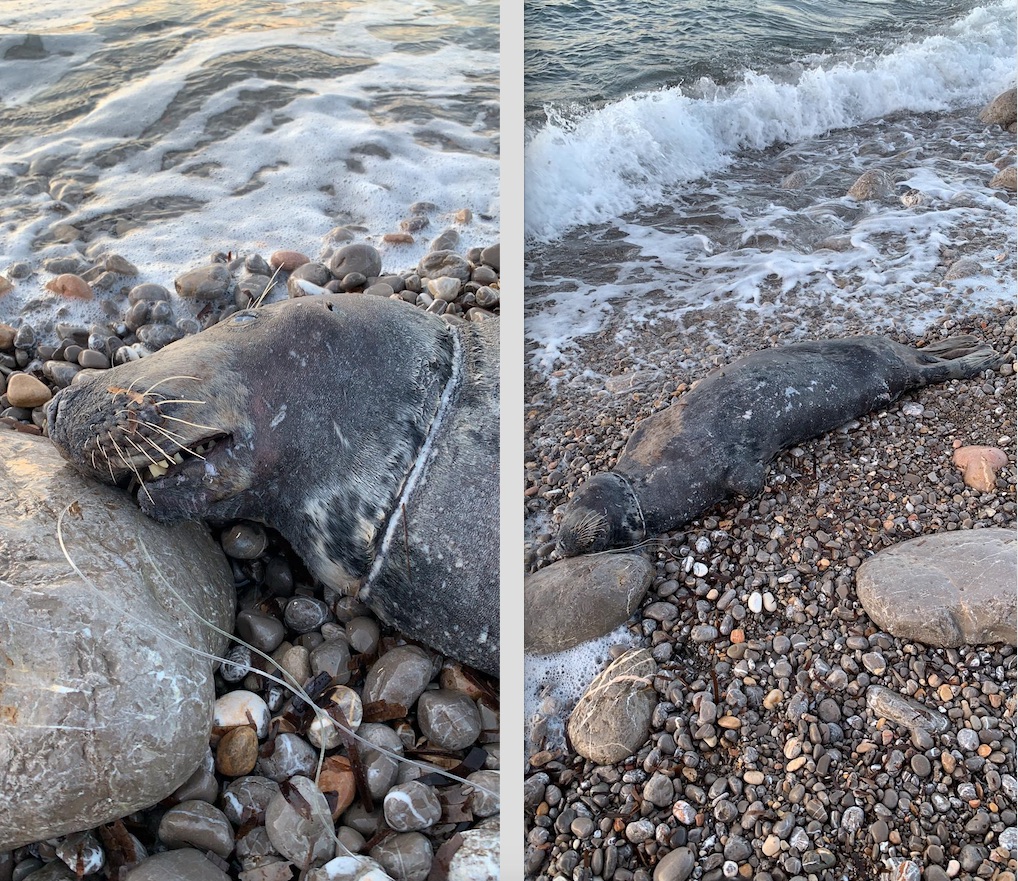 A grey seal which delighted sightseers along the Costa Blanca coast has been found dead on an Ibiza beach – a victim of the growing menace of sea litter.

The corpse of the mammal was discovered by ecologists on the Balearic island – sadly, it is believed the seal had become entangled in fishermen’s nets; line was discovered wrapped around its neck and it had suffered an injury from the binding.

An unusual sight in the Mediterranean, the adult seal should have been migrating to northern European waters but is thought to have become disorientated; but followed its instincts to swim north and was seen off the Catalonia coast.

First spotted on the Costa Blanca at Altea on November 10, the seal was later spotted in Teulada coves, off Benitachell, and later in Javea waters – where experts from the Oceanographic Foundation were able to feed it and administer an antibiotic for its injury but were unable to remove the sea litter.

Environmental group Ecologists in Action believe the seal had entered the Mediterranean by mistake but had followed its instincts and travelled north, a spokesman adding: “It is highly unusual to see such an animal in these waters, which are alien to its species.

“However, the seal has been the victim of the contamination of our waters, which is unfortunately something much more common; marine debris wrapped around its neck which had caused injury and caused breathing difficulties.”