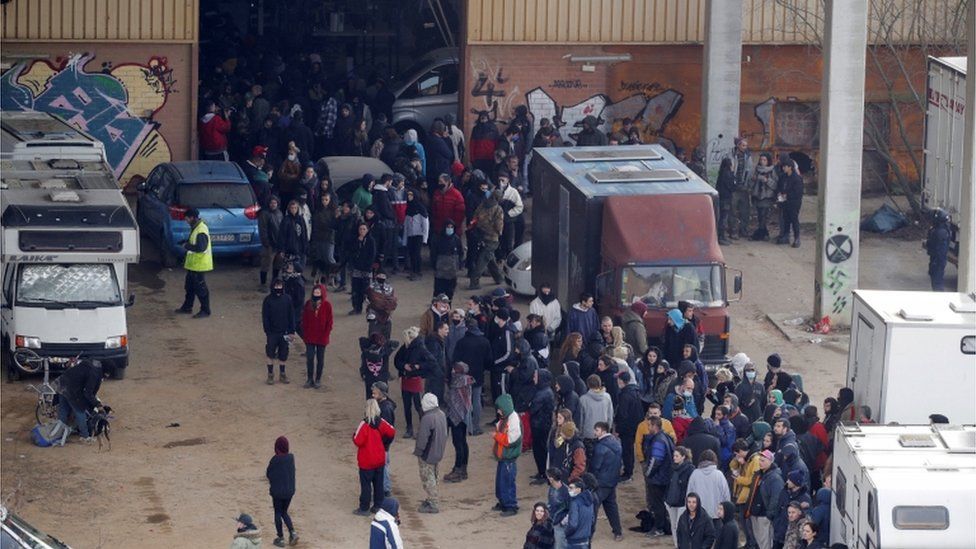 RAVERS travelled from Spain and the UK to join an illegal warehouse party planned to stretch five days into the New Year, French police said.

More than 2,500 partygoers arrived in Lieuron, near Rennes, in Brittany, in defiance of Covid-19 restrictions which launched on New Year’s Eve and was to continue until Tuesday morning (January 5).

The party was over early on Saturday morning after clashes between police and crowds occupying two former hangers – at least three police officers were injured, and a police vehicle torched.

Described as ‘incredibly well-organised’ by the French government, officers seized music equipment, generators, vehicles – there were food stalls set up to feed the hungry and people slept in their cars before returning to the party.

Police threw a cordon around the scene and those leaving will have to isolate for seven days. To date more than 1,200 fines have been issues.