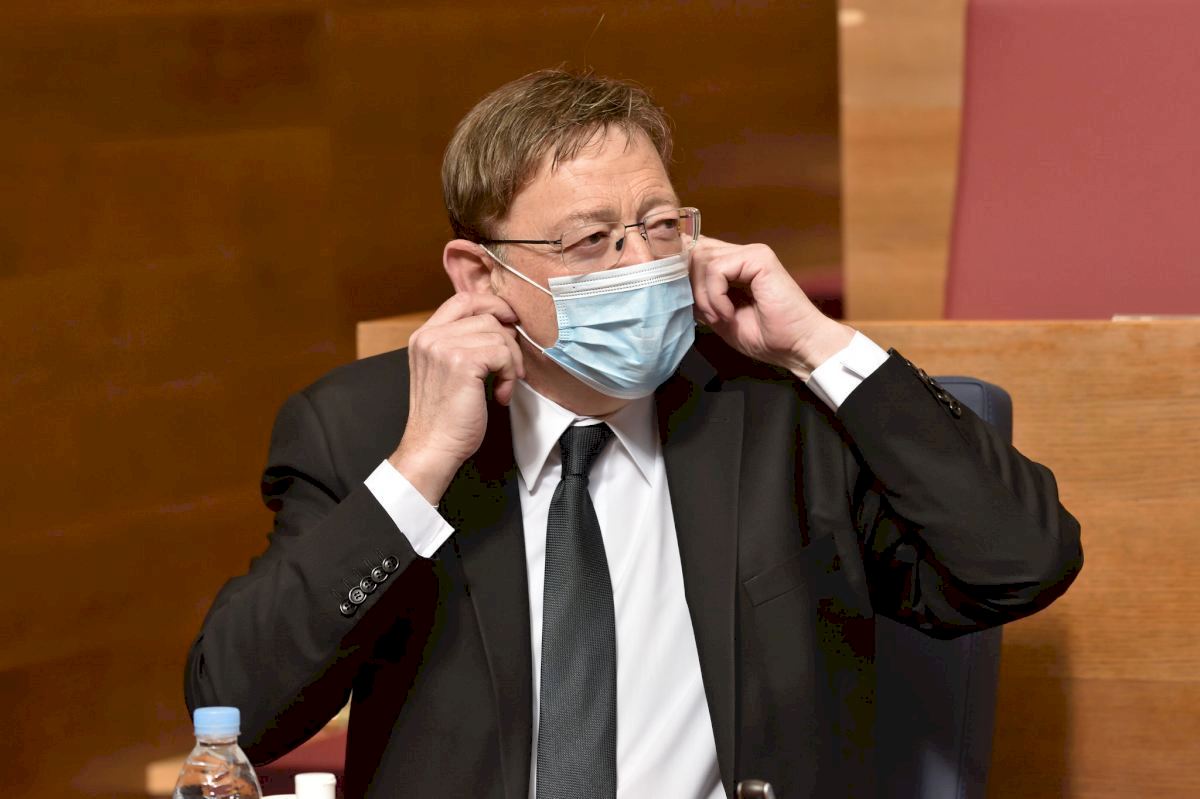 The dramatic increase this week in contagions, the hospitalizations and deaths caused by the coronavirus in the Valencian Community has set off all the alarms.

Between Monday and Saturday, the Ministry of Health has reported 20,548 new positive cases of Covid-19 and 213 deaths. In the same period, the number of people admitted as a result of coronavirus in Valencian hospitals has increased by 213 people.

The most worrying thing, however, is concentrated in the ICU. The 352 patients currently in intensive care represent 35 percent of the available places, which is the highest percentage in all of Spain, according to information provided by the Ministry of Health.

The Valencian Community has started the year with the worst records since the pandemic began and epidemiologists warn that the curve of coronavirus cases will continue to increase. This is revealed by the positivity rate. One in four Valencians who undergo an antigen test or a PCR test is infected with Covid-19. This is the highest rate in the country, according to the official statistics of the Ministry of Health.

The Government of Cataluña has already adopted exceptional measures in response to the lack of control of the coronavirus from a health point of view and has cancelled the scheduled operations except for urgent ones that cannot be delayed or referred. The Health Departments are implementing their contingency plans in view of the increased admissions of patients affected by Covid-19 to expand spaces and increase beds. Even gyms are being set up.

The Valencian Government has again made use of private healthcare, under a resolution adopted last November, and has begun to equip field hospitals to house patients for the first time since the pandemic began. In parallel, the Government of Cataluña is trying to speed up the vaccination plan by providing doses every day of the week.

However, Compromís and Podemos, partners of the PSPV-PSOE in the Generalitat, insist that these measures should be added to tougher restrictions that limit socialization to the maximum. Shopping malls and bars and restaurants are, in fact, still in the spotlight.

«We are cancelling or postponing treatments and surgical interventions, because we could not also postpone drinking beer in the bar». The comment corresponds to the leader of Compromís, Enric Nomdedéu, to the then regional secretary of Employment of the Generalitat, and summarizes the feeling of the coalition, expressed beyond social networks by the vice president and spokesperson of the regional executive, Mónica Oltra.

The Generalitat, through its president, Ximo Puig, has already admitted this week that it «does not rule out» requesting the central government to modify the decree of the state of alarm to include the possibility of imposing a house confinement.

However, given the reluctance of Pedro Sánchez and the Minister of Health, Salvador Illa, the Valencian executive could opt for a legal shortcut and toughen, within the scope of its competences, the restrictions against coronavirus to establish a de facto house confinement that Compromís and Podemos defend, that after knowing the dramatic record of contagion this Saturday (more than 6,200 positive coronavirus in a day) have demanded Ximo Puig «drastic measures to save lives».

The decision is in the hands of the PSPV-PSOE, which controls the areas of Presidency and Health. According to the latest figures of the Covid-19, the Valencian socialists already contemplate tightening the current restrictions before 31 January, when it ends its validity.

The next steps will be towards a reduction in mobility and could range from perimeter confinement to prevent transfers between provinces to an extension of the curfew, currently set between 10:00 at night and 6:00 in the morning.

Compromís goes further and calls for the closure of the hospitality and shopping centres (at least on weekends) and for mobility to be limited to travel to work, schools and health centres. Podemos join the petition and demand that school activity be suspended.

The PSPV-PSOE, for its part, has so far tried to combine economic and health interests, to the point that last December allowed the opening of nightclubs in daytime. On the eve of New Year’s Eve the Generalitat had to publish a decree to avoid twelve-hour parties with musical performances announced by theaters in Valencia and Alicante. By then the coronavirus was out of control, as revealed by the known data.

The epidemiological evolution in the coming days will be key to new decisions by a government divided by the management of coronavirus at the worst time of the pandemic. What sources of the formations that make up the Valencian Executive are certain is that the current restrictions have fallen short and will have to be tightened.