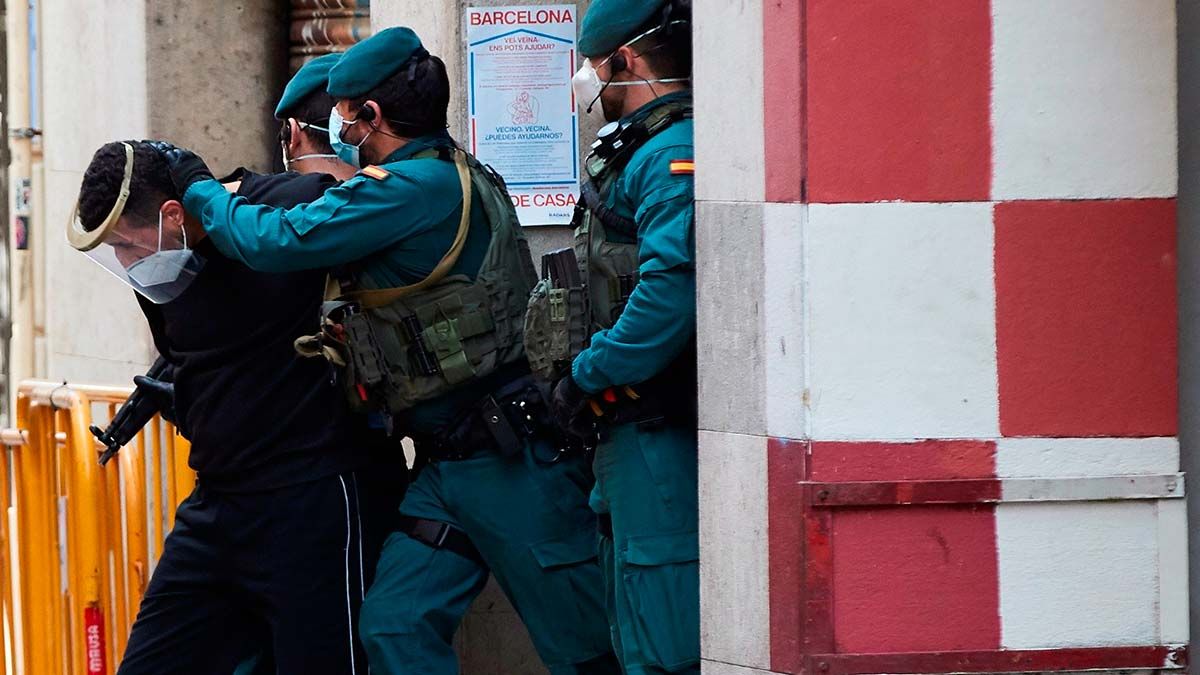 Spanish authorities launched an investigation in December after being made aware a ‘potentially dangerous’ Algerian man was in the country – the suspect believed to have fought for the terror group in Iraq.

Armed officers arrested the ‘Jihadist fighter’ at a building occupied by squatters in the Catalonia capital’s seaside area of Barceloneta.

And two other Algerian men were also held in the same operation – one is said to have provided the fugitive with ‘logistical support’, the other was described as an ‘acolyte’ of the main suspect.

The police operation was put in place after receiving information from Europol, the FBI, and Spanish and Algerian intelligence services. All three men are being held in custody.