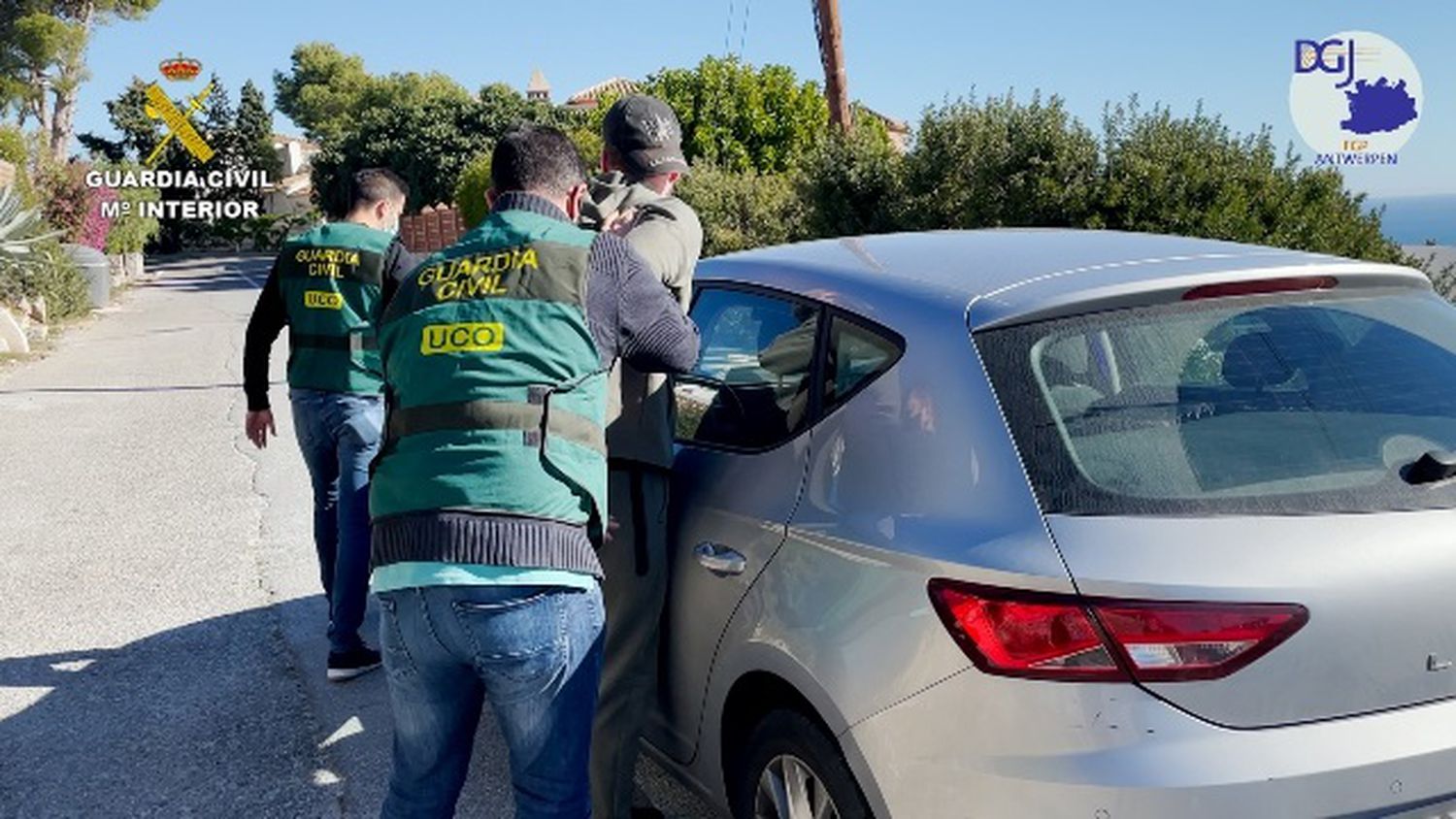 ANTWERP’S cocaine king faces swapping a life of luxury in the Costa del Sol for a Belgium prison cell after being arrested during a festive family house party.

The fugitive faces extradition northern Europe and 15-year-prison sentence after officers of the Guardia Civil arrested the 33-year-old in Almuñécar in Granada, acting on an international arrest warrant.

Named as Yannick MW, he and his entire extended family – his wife, 12-year-old daughter parents and his in-laws – had started a new life in Estepona and made an isolated but palatial villa their new home.

However, Christmas marked the beginning of the end for the criminal – he had seemingly vanished but detectives of the Guardia Civil’s organised crime unit saw the grandparents loading up a car with luggage at the villa on December 23 – and trailed it to an upmarket residential complex outside Almuñécar.

Detectives watched the party join other members of the family for the gathering.

Undercover officers kept the address under surveillance and were rewarded when the suspect left the property on an electric scooter and immediately swooped to arrest him.

A spokesman for the organised crime unit said the fugitive told officers he knew why he was arrested and ‘seemed relieved’, complaining of suffering months of stress whole on the run.

“He was the leader of the biggest organisation in Antwerp, an importer of huge cocaine shipments from Latin America, who also controlled that important European seaport and also had ties to arms trafficking,” he said.
Belgium police broke up the Antwerp operation in October, arresting gang members and issuing the warrant for their alleged leader. “They suspected he had fled to Spain, and more specifically to Málaga.”

The unit’s specialised ‘fugitives from justice’ section took up the hunt – according to police, the Costa del Sol remains a favourite destination for drug barons on the run to attempt to vanish.

At first it seemed the fugitive’s luck was holding out. He and his family first rented a beachfront home – but vanished again just before it was raided. “We did not know if he was still in Spain or not.”

However, it was discovered the daughter was still attending school and living with her grandparents – the beginning of the end of life on the run.