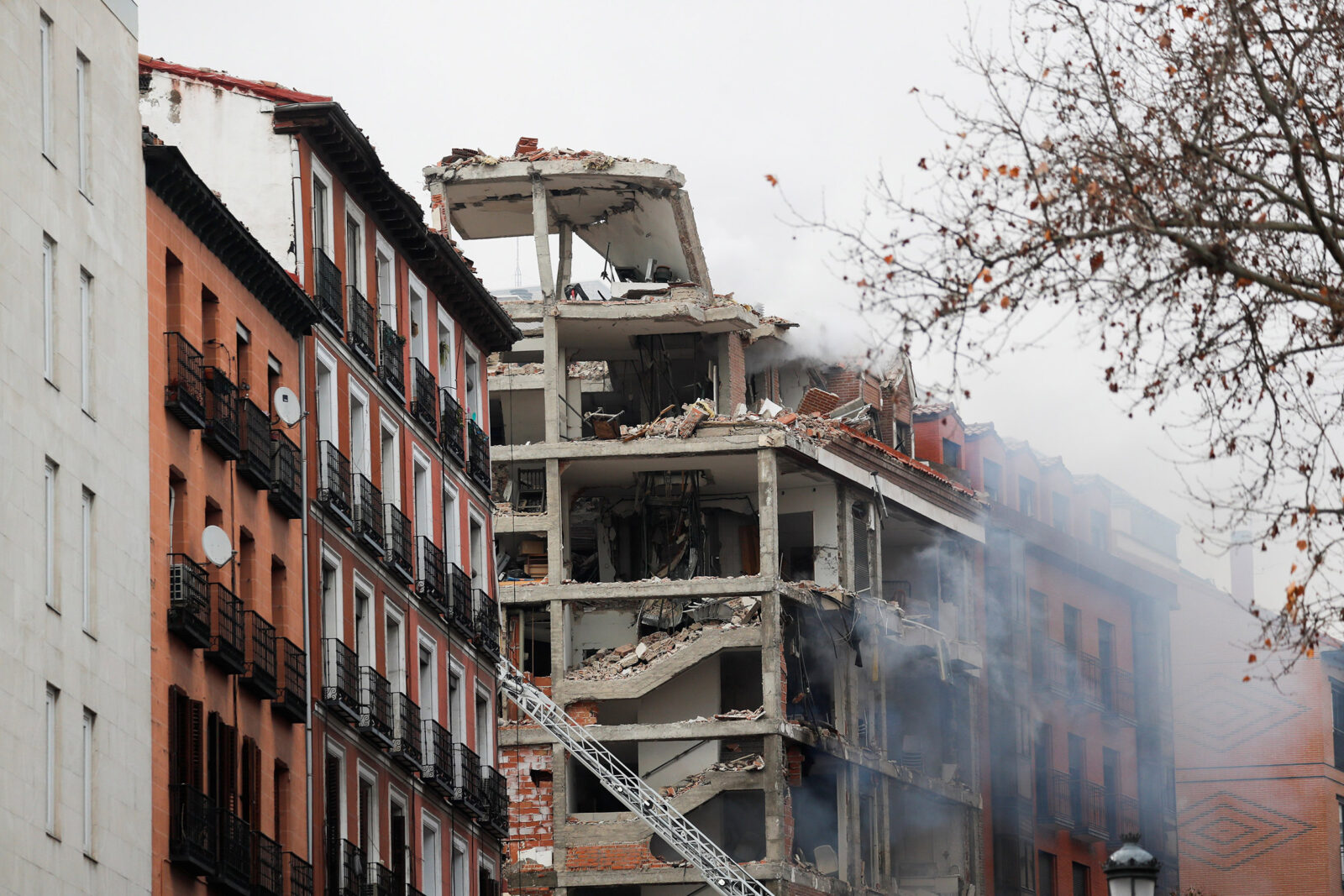 FOUR floors of a Madrid building were destroyed by an explosion and at least four people have died in the blast.

Emergency services have set up a field hospital to treat the wounded following the incident in Calle de Toledo in the city centre.

It is believed a gas leak caused the explosion which is being treated as a major incident with the area sealed off by police.

Residents from a neighbouring nursing home are being cared for in cafes and bars after being evacuated; none are thought to be hurt. A school next to the stricken building was also cleared and there are no reports of injuries to students or staff.