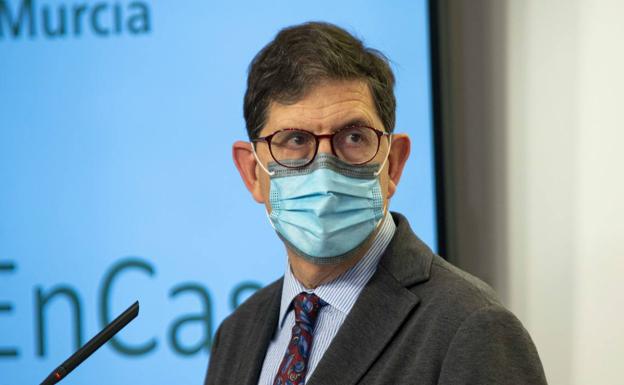 THE Minister of Health for Murcia, Manuel Villegas has apologised for any offence caused by receiving a Covid-19 vaccination but insists receiving the jab was in line with government protocol.

The politician – who is also a doctor – and hundreds of senior officials and office workers in his department were given shots and fired up controversy across the region.

Villegas maintains this was in line with national guidance because they were all health workers and the aim was to “avoid outbreaks in centres where they are working to control the pandemic”.

He defended the decision saying all department workers were ‘essential’ at a ‘critical’ time in the battle against coronavirus.

And the minister refused to quit despite being told the protocol was for frontline workers in close contact with patients were the priority group.