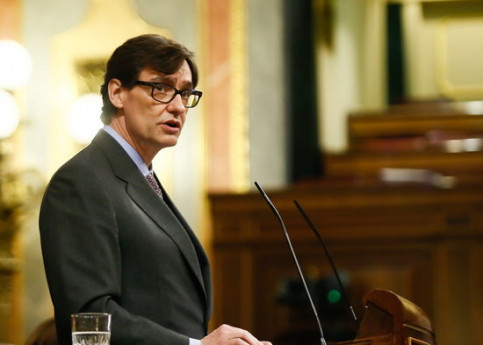 CALLS for to allow regional authorities to order an earlier curfew to help combat the spread of Covid-19 were ruled out by the Ministry of Health in Madrid.

Health minister Salvador Illa refused to sanction a request from regional governments to allow the containment order to be advanced to 20.00 – the plea came a meeting of the council of the national health system.

National government gave the regions the power to order a night-time lockdown as part of the coronavirus clampdown. Set at 23.00 by Madrid, authorities had the power to move the deadline an hour either way, it runs each night until 06.00.

And it was thought an earlier curfew would be difficult to police in large populations, especially as many workers would only just be heading home after finishing at 20.00.

Mr Illa says at the moment there is sufficient powers available to authorities in the existing ‘arsenal’ to control the third wave, a spike linked to the Christmas holidays.