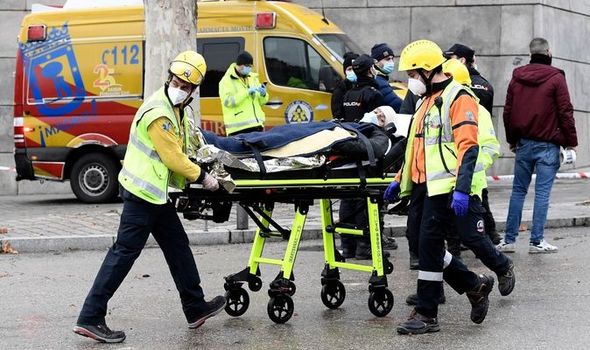 Four people died, including a newly ordained priest, in the explosion which destroyed a seven-storey building in the centre of Madrid.

Another 10 people were injured in Wednesday’s blast at the parish centre of the Church of Virgen de la Paloma in Calle de Toledo – the street about 1,000m from the iconic Plaza Major and a 15-minute walk from Puerta del Sol.

Early indications show a gas explosion caused the incident and a 35-year-old electrician working on heating boilers was said to be among the fatalities.

As a parish centre, the building housed office space, a shelter run by church charity Caritas, a meeting room, living room, and the accommodation for three priests.

And a 36-year-old priest Ruben Perez Ayala died in hospital from injuries suffered in the explosion. He was ordained last June, and the parish was his first posting.

The other two fatalities were two pedestrians; the list of wounded included two police officers.