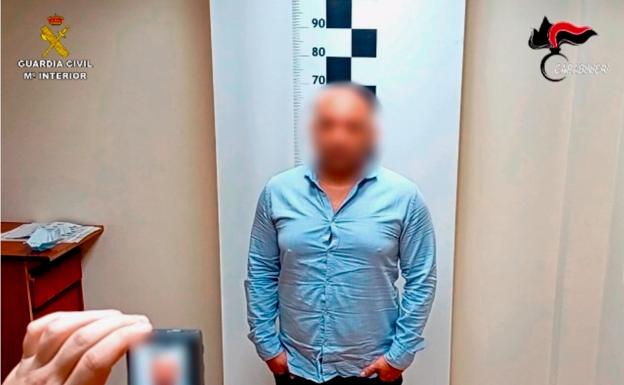 A cocaine baron on the run from Italian police was tracked down to a small town in Toledo after his partner reported an incident of domestic violence.

The 45-year-old Columbian was believed to have gone to earth in the Costa del Sol but was outfoxed by the woman when she reported she was a victim of gender violence – although the ‘narco’ forced her to withdraw the complaint, it was the clue the Spanish authorities needed.

The suspect managed to escape from Italy – where he has been sentenced to a 13-year jail term – and a European arrest warrant issued. He was believed to have headed for the Malaga area using a relative’s papers.

However, the complaint of domestic abuse alerted the Guardia Civil. It was found he had been living in La Pueblanueva – a town of 2,200 people – in Toledo for several months and the suspected ‘hiding place’ was placed under surveillance.

Police arrested the man they described as a ‘drugs lord’, who will be extradited to Italy.

A Guardia spokesman said he was wanted for drugs trafficking and using forged credit cards. “According to the Italian ‘Carabinieri’ this man led a criminal organisation that brought large quantities of cocaine from different countries using human mules that made a stopover in Spain.”