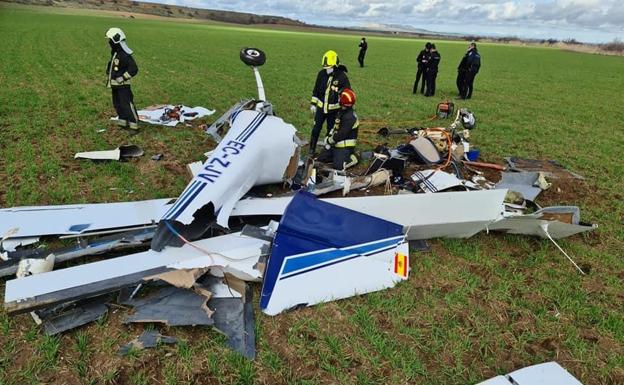 A FLYING instructor and a trainee pilot were killed on Sunday afternoon when their light aircraft crashed into fields outside Toledo.

The 66-year-old instructor and the student, 23, died instantly in the accident, the stricken plane coming down in farmland near the Algador airfield, and aerodrome with a 450-metre runway, making it a popular weekend base for training flights.

The cause of the crash is not known; weather conditions were judged suitable for flying, there was a light wind and visibility was good.

Firemen from Toledo were needed to free the bodies from the wreckage of the aircraft and an investigation has been launched by Spain’s civil aviation authority in tandem with specialists from the National Police.