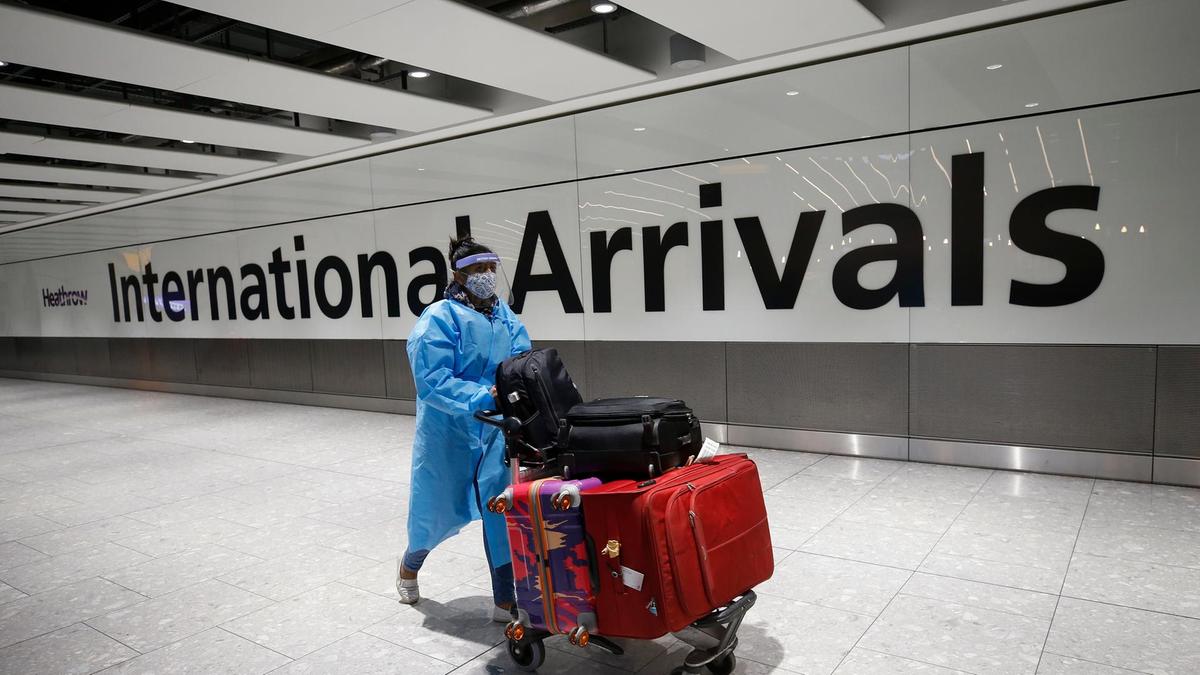 The United Kingdom will require from next Monday three COVID-19 tests for travelers who want to enter the country. The first one must be carried out in the 72 hours before the day of the trip, and another two during the 10 days of the mandatory quarantine.

In addition, the British Government has decided to impose a sentence of 10 years’ imprisonment on travellers who lie about the countries visited if they are on the “red list”, that is to say 33 countries which consider themselves at risk, including Brazil, South Africa and Portugal, the only European on this list. Only the residents will be able to enter from there, but they will have to go through quarantine in a hotel that will cost them about 2,000 euros.

The British Minister of Health, Matt Hancock, confirmed this Tuesday in the House of Commons of Parliament the new rules, which will enter into force from next Monday, 15 February.

These measures, Hancock added, will be implemented in England, but he clarified that the government is working with the regional authorities of the other regions to pass similar rules.

Quarantine at the expense of travellers

The cost of this quarantine will be borne by the traveller and amounts to 1,750 pounds (1,994 euros) per person, which will cover accommodation and transport to one of the 16 designated hotels, which together will total 4,600 rooms.

As the minister explained, travellers will not be able to leave their rooms during the quarantine period and there will be surveillance to ensure that the measures are complied with.

On arrival in the UK, these travellers will be taken by staff assigned to these hotels, according to the Minister, who has not specified how long the measures will last.

In order to avoid a possible spread of new variants, the Government has decided to add two more COVID-19 tests to which all travellers are already required before starting their journey to the United Kingdom, where they are also required to have a 10-day quarantine.

Under the new measures, all travellers will be asked, once they have entered the UK, for two covid-19 tests: the first on the second day of their ten days of quarantine and the second on the eighth day.

People quarantining in hotels will also be required to undergo these two tests. If any test is positive, experts will analyze the genome of the virus to determine if it is a new strain of coronavirus.

Reservation of tests before travel

All travelers will be required to book these two PCR tests before traveling, Hancock said, adding that the government will release more details on Thursday, 11.

The airlines, the minister said, will be obliged to verify that passengers have reserved these tests. If one of the two covid tests is positive, the infected person must undergo another 10 days of quarantine.

To ensure compliance with the new measures, the Government will impose a fine of £1,000 (€1,130) on anyone who does not undergo the first of the two tests required in the 10-day quarantine, while the penalty will be £2,000 (€2,260) if the second test is not done. Travellers must provide their personal details and address in the UK.

Cases have dropped 47 percent in the last two weeks, while more than 12 million people have already been vaccinated, Hancock said.

The British Government reported on Monday, 14,104 new infections of covid-19, the lowest number since early December, and a further 333 deaths.