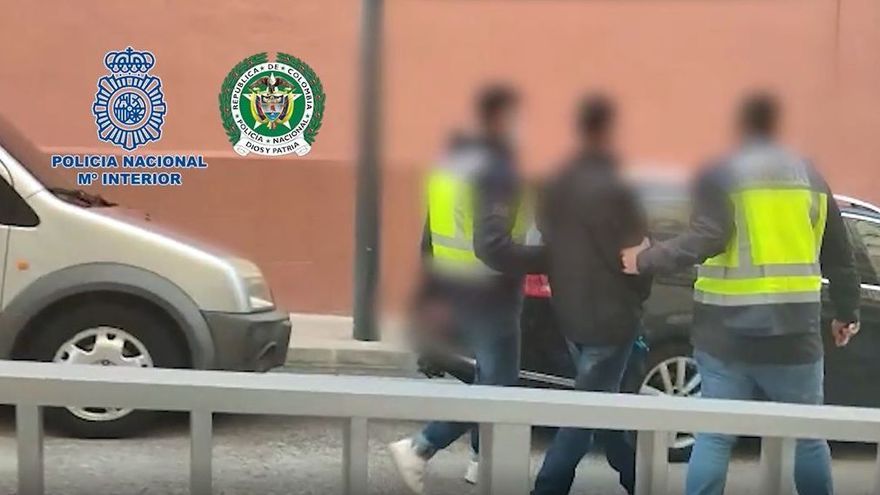 FUGITIVE ‘El Zarco’ – who faces a 40-year jail sentence in Colombia for taking part in a string of terrorist executions – was arrested on the Costa Blanca on Saturday.

One of the South American country’s most wanted, he is a ‘demobbed’ member of the outlawed ELN, the armed communist revolutionary National Liberation Army – which is listed as a terrorist organisation by many nations, including the United States and European Union.

The ELN was founded in 1964 and in 2013 was estimated to have between 1,400 and 3,000 guerrilla fighters operating in mountainous region of Colombia. It was notorious for kidnapping middle class and business people for ransom; which the group described as its ‘war tax’.

It is alleged Ramirez was involved in recruiting innocent civilians to the group, assassinating them before presenting them as casualties of fighting between the communists and the authorities in a propaganda campaign.
Spain’s National Police, who carried out the arrest, said the suspect was accused of recruiting and delivery of 14 young people to the ELN in the Valle del Cauca and Tolima areas who were murdered and presented as battle casualties.

He is also charged with taking part in the murder of four people in 2007 and being responsible for the deaths of six other victims.

The hunt for El Zarco began when a red notice was received in Spain from Interpol until then, the Spanish authorities were unaware of his entry into the country.

However, ‘exhaustive analysis’ of personal and family links led detectives to the city of A Coruña in Galicia and the start of the hunt which ended in Benissa.

Ramirez now faces being returned to Colombia, where President Iván Duque confirmed the fugitive’s arrest and said: “He will be extradited as soon as possible to answer to Colombia for the crimes he has committed.”