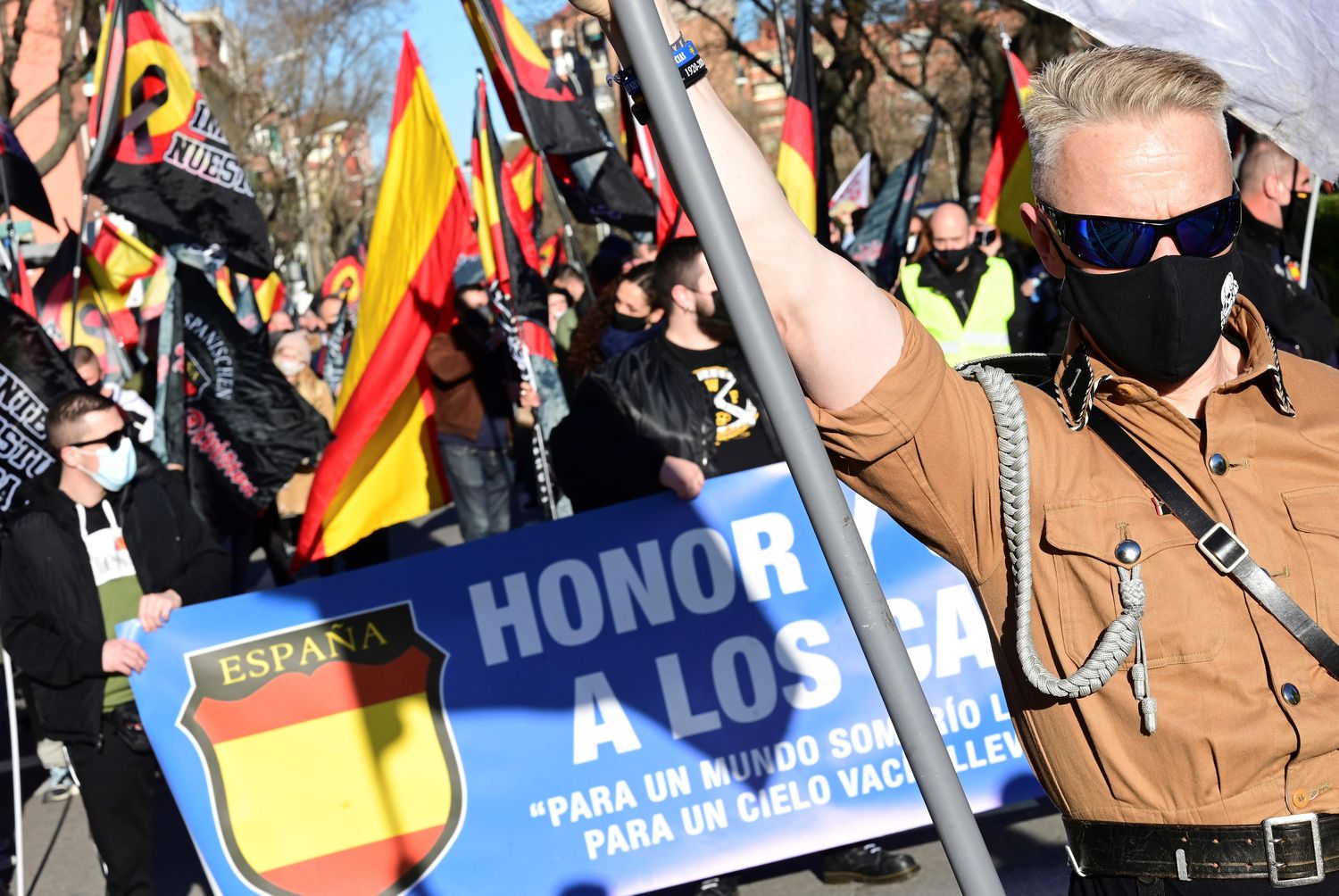 SPAIN’S Jewish communities are demanding a hate crime investigation after a chilling march by chanting fascists carried Nazi symbols through the streets.

The Federation of Jewish Communities in Spain (FCJE) is calling for the public prosecutor to probe the “disgusting” event after antisemitic chants and speeches were made and videos were posted on an online magazine.

The demonstration was allegedly held to ‘honour’ the División Azul – the Blue Division – a military unit of volunteers raised by Spanish dictator Francisco Franco to join Hitler’s invasion of Russia in the Second World War.

The FCJE said it was “unconscionable in a country with a rule of law and full democracy for these serious accusations to go unpunished”.

And the association underlined how last July Spain had joined the International Holocaust Remembrance Alliance; a body “which considers accusations against the Jews of being blameworthy for any event to be antisemitic.”

It was joined by the Platform against Antisemitism and the Movement against Intolerance in calling for “all legal means” to prosecute the organisers and speakers at the rally to justice.

Israeli ambassador to Spain, Rodica Radian-Gordon condemned the march, and said: “Antisemitic proclamations made in homage to the Blue Division in Madrid are disgusting and cannot have a place in a modern society.”

She added: “Education and learning the truth about history is the way to avoid the past repeating itself.”