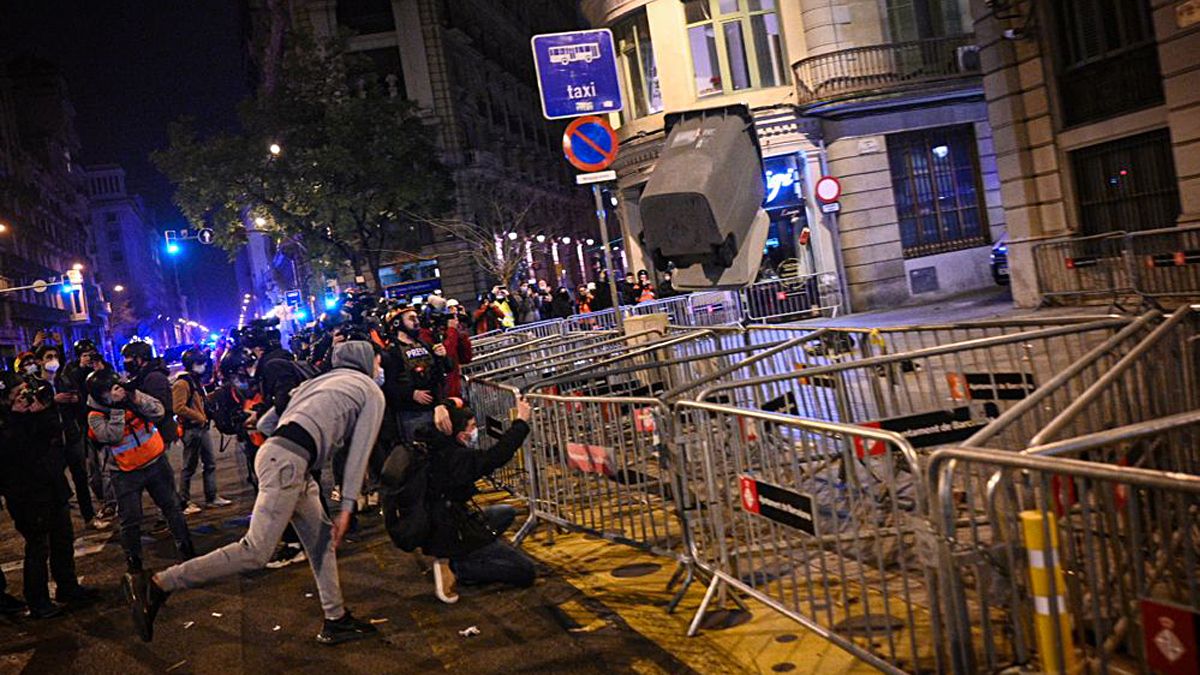 PROTESTS over the jailing of rapper Pablo Hasél descended into looting and
vandalism in Barcelona on Saturday and Sunday nights.

It was the sixth night of protests in the city, first triggered last week when the rapper was arrested to serve a nine-month prison sentence for using social media to praise terrorism and insult the Spanish Crown.

It immediately sparked demonstrations in support of freedom of speech across Catalonia on Tuesday – spreading to Madrid and Valencia during the week.

The weekend clashes in Barcelona saw up to 6,000 people take to the streets on Saturday, a smaller group of around 1,000 protesting on Sunday.

Demonstrators clashed with police, throwing objects at police lines and setting fire to vehicles, building foyers, and rubbish bins – as crowds were dispersed by security forces, they spilt into smaller groups to attack stores.

Regional interior minister, Miquel Sàmper complained that what started as a protest for the “right to freedom of expression” descended into “acts of pure vandalism and pillaging of stores”.

He claimed many people arrested were common thieves who joined the protests with ‘pure criminal intent’.

Despite the estimate of damage running into “several million” euros, the disturbances were not seen as serious as in 2019 when pro-independence leaders were jailed for their part in the events of 2017 when Catalonia attempted to break away from Spain after an ‘illegal’ referendum.