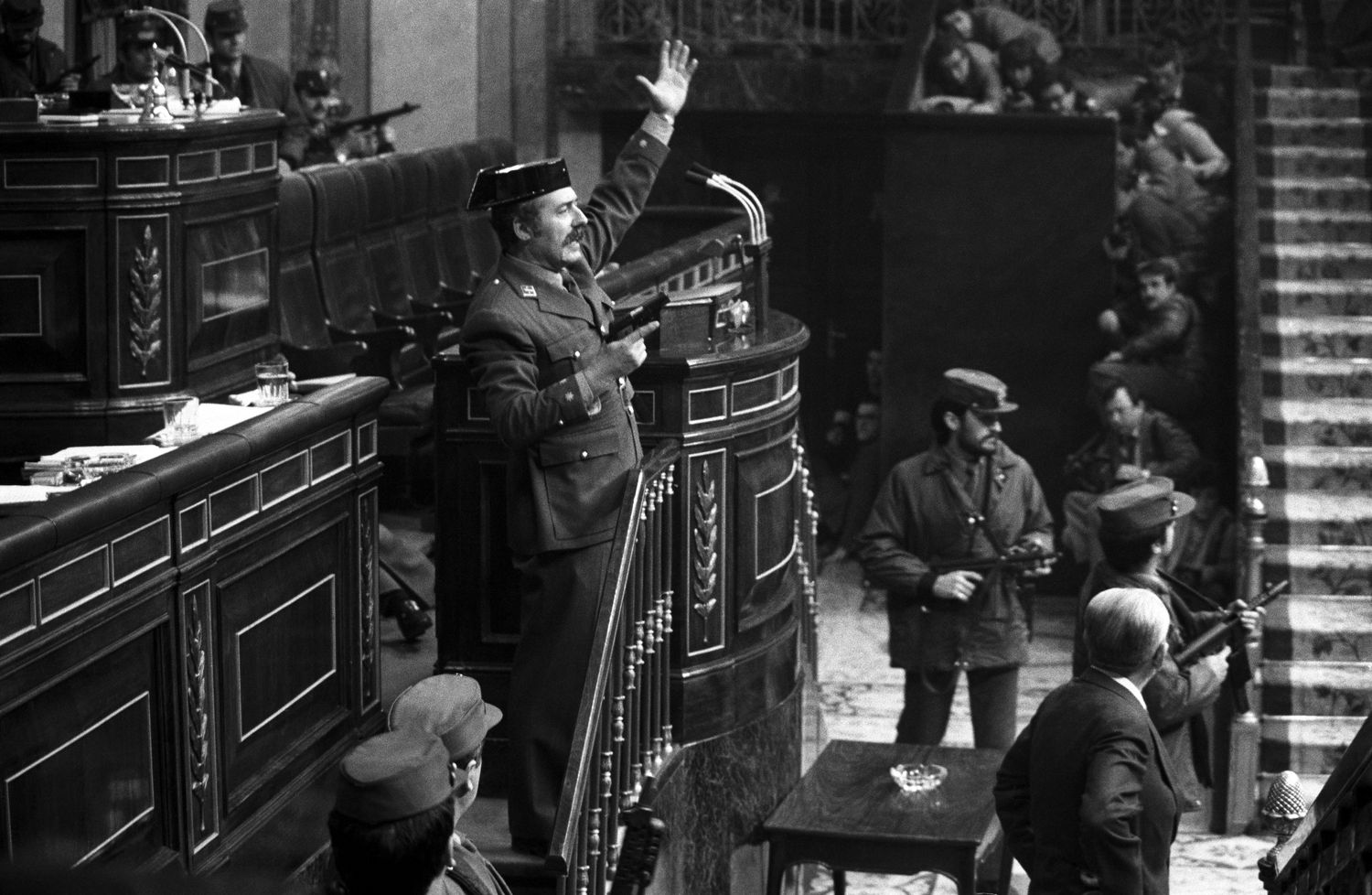 KING Felipe VI took part in a ceremony to mark the 40th anniversary of the failed coup d’état in Spain when the lower house of parliament was stormed by the Civil Guard on February 23, 1981.

At a special ceremony inside the Congress of Deputies building in Madrid yesterday to mark the 40th anniversary, the King underlined the “resolve and authority” of his father King Juan Carlos I in helping foil the coup.

He said the monarch’s actions were “Decisive for the defence and triumph of democracy”.

Speaking in the location where the action was played out four decades ago, King Felipe said: “Before that unacceptable fracture of the legitimate and legal democratic order, King Juan Carlos I assumed his responsibility as head of state as well as his commitment to ensuring that all measures necessary were taken to maintain the constitutional order within the established law.”

He also paraphrased the message his father gave on the fateful night; which contributed to the failure of a coup taking place in the final stages of Spain moving back to full democracy after the years of dictatorship under Franco.

Leader of the coup was Lieutenant-Colonel Antonio Tejero, who was at the forefront of an invasion of the building by several hundred Guardia officers. They fired machine guns into the air as they stormed the chamber and held politicians and advisors hostage for nearly 20 hours. However, once it became clear the takeover was doomed to failure, they abandoned the attempt.

King Felipe was aged 13 when the events took place and watched the night’s events at his father’s side. He said he was “a witness to that historic episode” and he learned “the immeasurable value that freedom has for the Spanish people.”