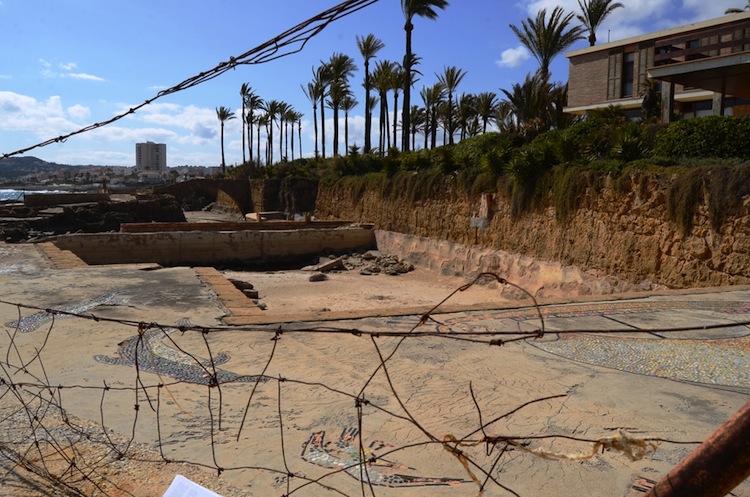 The Government has admitted that the adaptation and cleaning of the plot of the villa of the former Francoist minister Mariano Navarro Rubio in Xàbia suffers delays and, worse, will continue to suffer. To a question presented by Senator Carles Mulet, the Executive blames this situation on the concessionaires, that is, the family of the minister himself: the latter have submitted a draft of the action plan which is deficient and still needs to be corrected before the removal of debris so as not to damage the adjacent Roman site.

Faced with these facts, the municipal spokesman of Compormís in Xàbia, Juan Cardona, has expressed his dissatisfaction with the action and claims «not to understand so much delay in the cleanliness and adequacy of the place». In addition to his surprise the Government «maintains the privileges inherited from the dictatorship».

For his part, Mulet confirmed that he will continue to fight for this issue in the Senate: «We will continue asking and pressing for this situation to be finally resolved, in favor of the people of Xàbia». «If the PSOE and UP government truly believes in reparation and historical memory, we must return these lands to the citizenry», the senator said.

However, Pedro Sánchez’s executive does not seem to be for this work. Last summer, Mulet already presented a first set of questions to the Government on the need to carry out actions in this area adjacent to the Minister’s chalet, for the adaptation and preservation of the cultural and environmental heritage of the “Banys de la Reina, the Roman site located in this enclave. The Government then replied that the concession was a regulated act and therefore there was no possibility of revoking it. That is to say that these lands return to the municipality of Xàbia. It was then that the Government also reported that Costas had contacted the family to arrange the plot.

And the family has responded. But according to the Executive his plan is not valid precisely because it endangers this Roman deposit: «These works -the Government argues to questions from Compromís- inevitably require the access of machinery to this stretch of rocky and abrupt coast, in which, in addition, there is the circumstance that there is a listed archaeological site».

‘It is therefore expected that they will shortly submit a final proposal which meets the identified technical shortcomings, so that it can be processed and submitted to the previous authorization of all the administrations with concurrent competences in this point of the coast before the work begins», concludes the answer of the Executive.