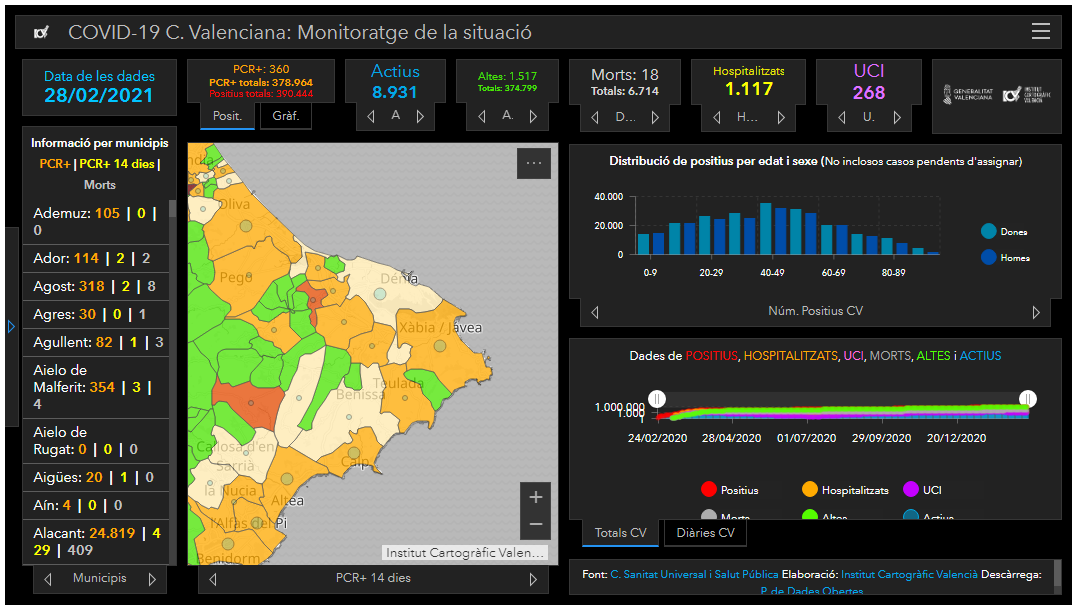 Six more people have lost their lives to coronavirus in the last four days in the Marina Alta according to the latest update from the Health Ministry, which shows that mortality is still hitting the region because of the virulence that the third wave of the epidemic had. Calpe has concentrated half of the deceased, with 3, while the others came from Xàbia, Ondara and Verger. The region has registered 187 deaths during this health crisis.

In contrast, the number of new infections continues to plummet. In the last four days there have been 24 in the region, compared to the 35 accumulated in the previous update. In addition there are important novelties: Teulada is the most positive population concentrated with 5, followed by Benissa and Pego with 4 in each locality and Calp with 3.

On the other hand, the number of new cases in the two most inhabited populations of the region is almost testimonial: Xàbia has added 2 and Dénia only one more contagion.

With two new infections are also located in Pedreguer and Orba and 1 in El Verger. Thus only nine municipalities have added infections. They have not counted any populations of demographic weight such as Ondara or Gata in addition to others such as Els Poblets and Benitatxell, whose incidence has been zero for a long time.

Still at medium risk of infection are Xàbia with 50.7 and Pedreguer with 51.9 -both municipalities are about to leave this threshold too-; as well as Calp (96.8), Teulada (89.9), Pego (78.9), Gata (82.6), Verger (129.1), Orba (137.9) and Ondara, with 145.0. This last population is among the most populated that still has the greatest impact of the virus, but for the first time in a long time has already been freed from the high risk of contagion, which is established from 150 cases per hundred thousand inhabitants.

In fact, in this last high risk threshold there is now only one municipality in the region that is also penalized by its smaller demographic size in this statistic: it is Beniarbeig, with 191.2 cases per hundred thousand inhabitants.