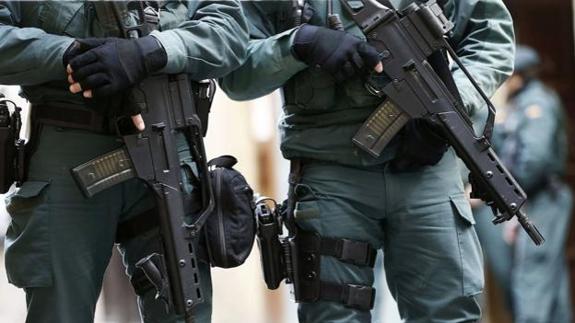 A MASSIVE clampdown on international drugs trafficking is ongoing across Spain today as 350 Guardia civil officers raid addresses in Huelva, Cadiz and Seville.

The operation against the hashish trade began early this morning with 25 locations as police swooped to make ‘dozens’ of arrests and seize property.

Spain has become central to the importation of the drug and its onward journey into Europe. The authorities launched an operation to combat the illicit trade, coordinated through Europol, with added intelligence from police in Portugal.