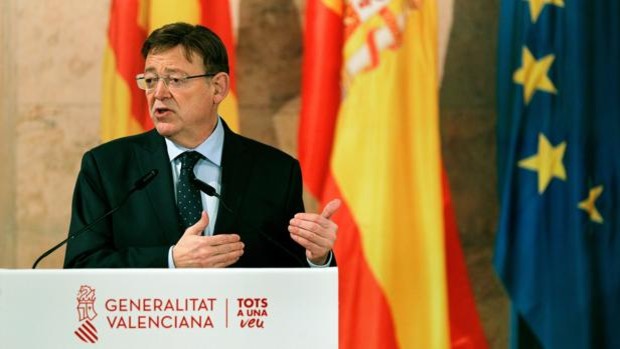 THE president of Valencia Ximo Puig will keep the region’s borders closed over the Easter holidays to prevent the risk of triggering a fourth wave of Covid-19.

The perimeter closure will be maintained to prevent outing the continued efforts to control the spread of the disease ‘at risk’ – and the authority is looking for allies in support of neighbouring regions.

A meeting of health chiefs from all 17 autonomous communities with central government’s health minister Carolina Darias at the inter-territorial council on Wednesday failed to agree a common goal but another attempt will be made next week.

A proposal will be before the council on March 10 looking to have perimeter closure of all regions for 14 days from Friday March 26 until Friday April 9, as well as an overnight curfew from 22.00 to 06.00 – and is likely to include other measures to avoid a spike in coronavirus.

Valencia’s president is already looking for support because it is felt the vaccination programme has yet to immunise enough people to ‘achieve a significant reduction in risk’ of contagion.

The regional authority still wants a unanimous policy – avoiding the ’17 different Christmases’ across Spain as a result of different rules applied last December.