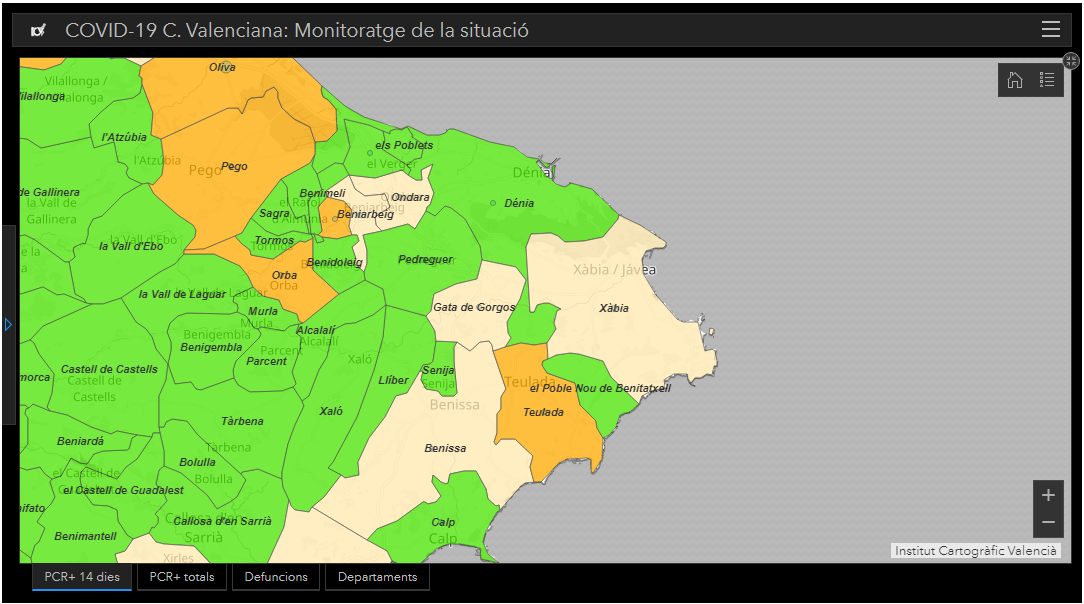 The sanitary traffic lights of four of the populations with the highest demographics of the Marina are green. That means that they are below 25 cases per 100,000 inhabitants in the state of new normality and therefore, technically, without risk of contagion. It is also not that they are safe from the pandemic: even in this stratum, the health authorities recommend «precaution and prevention» when on the street.

These four towns are Dénia, Calpe, Pedreguer and Vergel. They have had a spectacular evolution in recent weeks, reaching levels that were not known since October, before they began to feel the effects of the puenter on the 9th of that month. Severe restrictions have improved their statistics. It must be taken into account that only a month ago, on February 8, 2021, all these localities still surpassed in the peak of the third wave the 700 cases per hundred thousand inhabitants and Calpe exceeded the thousand.

Now it’s quite different. None of these localities reach the ten active cases -Dénia has 6- and Pedreguer and Vergel only have one.

CURRENT INCIDENCE IN THE REGION’S: THE TEN MOST INHABITED MUNICIPALITIES. (Cases per 100,000 inhabitants)

The Marina Alta is also about to approach this new state of normality. It is already 29.1 cases per hundred thousand inhabitants (a month ago there were 680 cases per hundred thousand). The good development of the region is also due to four other populations that, although still at low risk of infection, are also close to the green color of the traffic lights: Jávea, Benissa, Gata and to a lesser extent Ondara.

Right now there are only two enclaves at average risk of infection and where the curve bends more slowly: this is Pego, who in the last update of the council made public this Tuesday has repeated the same incidence as last week, and Teulada who has barely cut that rate by a few tenths. But still both locations are also below the ten active cases right now.