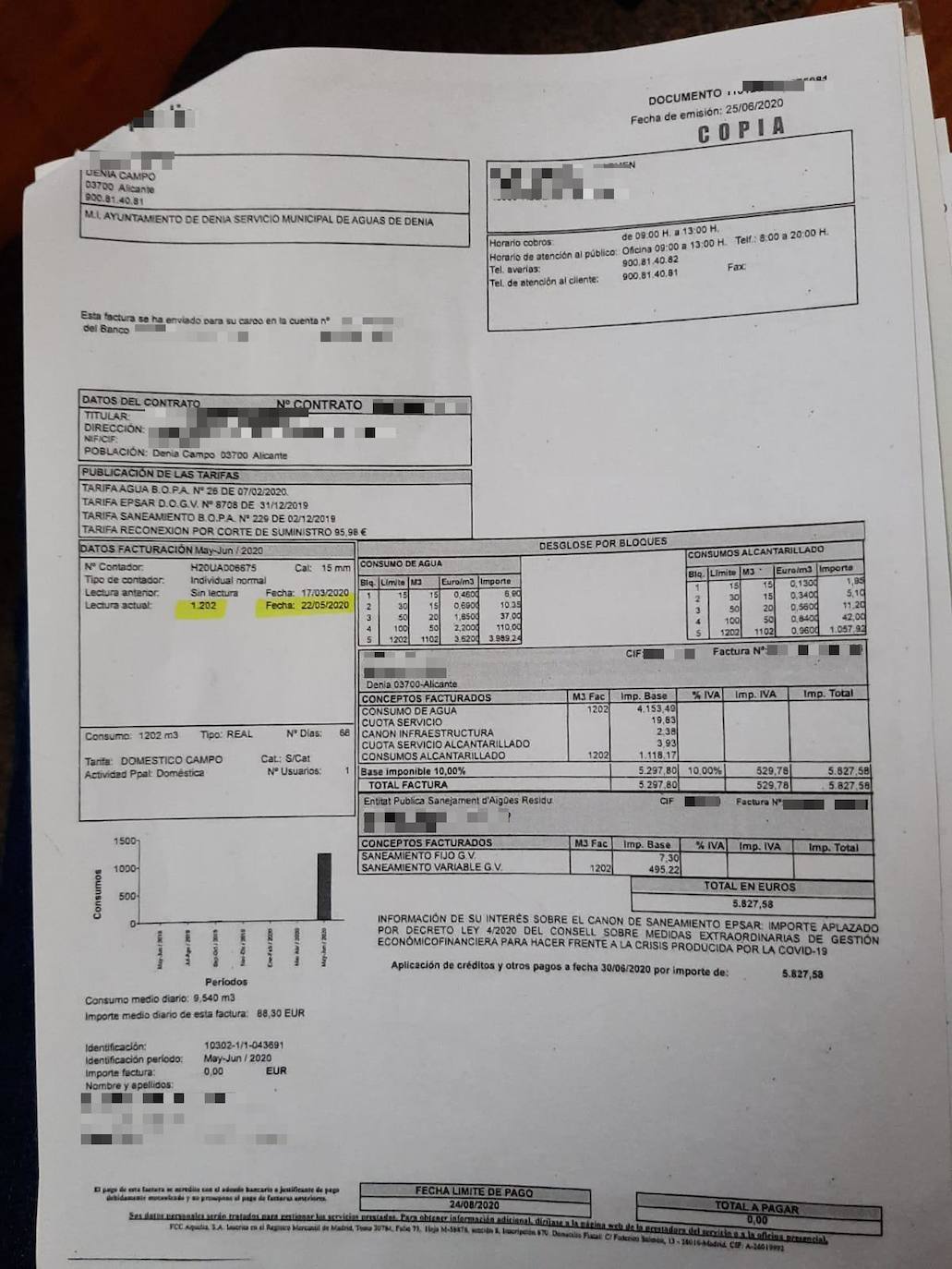 Eva never imagined that her water bill could rise above 6,000 euros, the equivalent of a consumption of 1,202 cubic meters. However, the most striking thing is that Eva was not living in this house in Denia, which is her second residence, on the date on which such an expense was made.

On the first invoice they received they claimed €5,800. Now the total amounts to €6,330, which they will have to pay before the end of the month if they don’t want the service to be cut off.

The first thing she and her daughter did when they received the bill was to check the meter which indicated that between March 17 and May 22 last year more than 1,200 cubic meters had been consumed, about half of an Olympic pool. ” It’s impossible because we were confined and no one went there”.

They contacted plumbers, lawyers and experts who quickly ruled out any leakage. However, this is not what the supplier company said. ” They argue now that we left a tap open but the house was completely dry”. They have until the end of March to pay the amount, otherwise they will be out of service.

Eva’s situation is reminiscent of that of Tomasa, a neighbor of Villanueva del Pardillo in Madrid, who at the beginning of the year received a water bill of 12,000 euros for allegedly spending 6 million liters in 4 months.