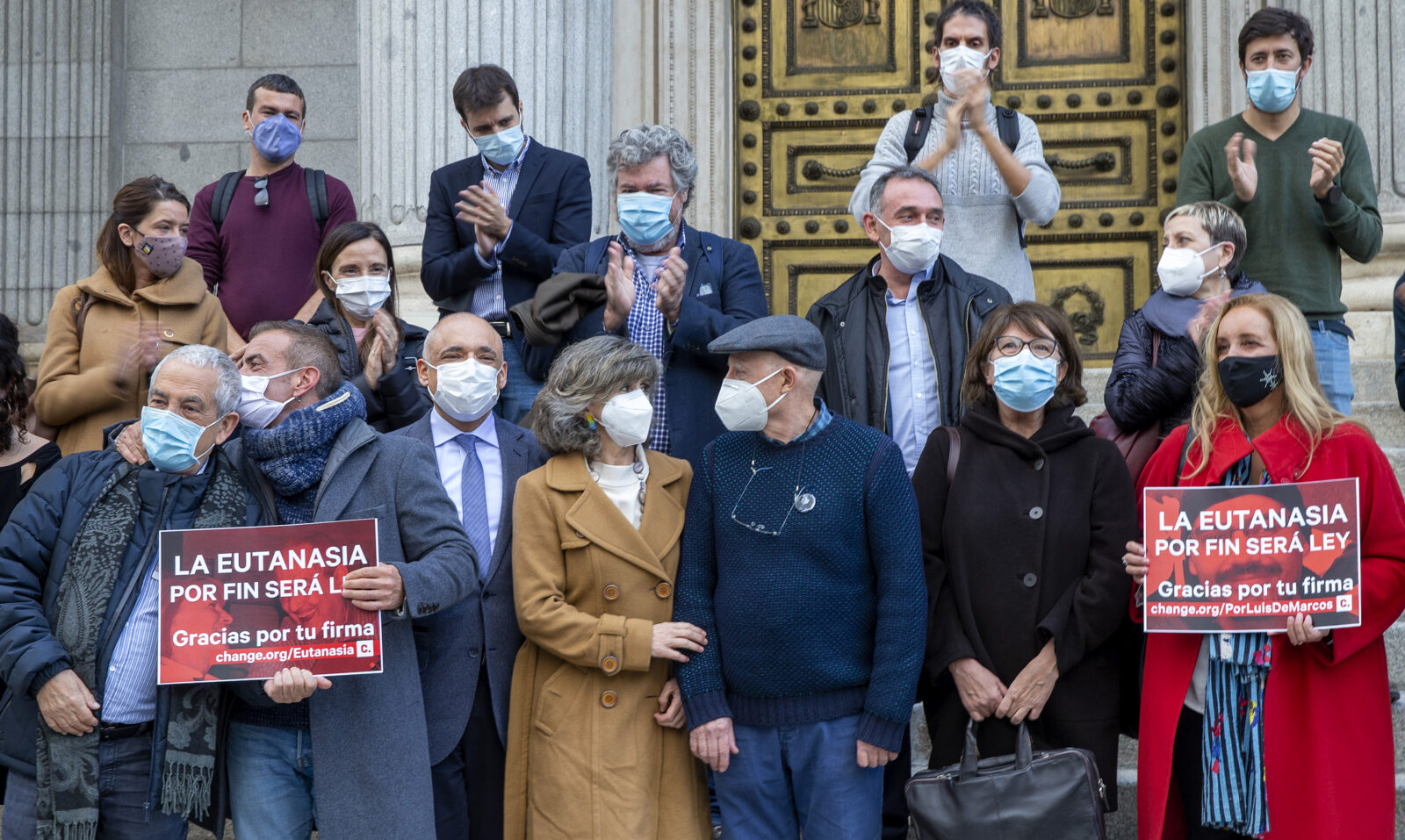 THE Spanish parliament today passed a law to decriminalise euthanasia and becomes the sixth country in the world – the fourth in Europe – to allow a legal right to die with dignity.

Congress approved the controversial legislation by 202 votes in favour to 141 against and two abstentions – but members of the right-wing Vox party earned a reprimand for a demonstration in the chamber vowing to repeal the new law.

It allows anyone suffering a ‘serious or incurable disease’ or a ‘chronic and
incapacitating’ condition to request a doctor for help to die and avoid ‘intolerable suffering’.

The legislation includes strict conditions. A person must be ‘capable and
conscientious’ when making their request, it must be in writing and made ‘without external pressure’, and repeated 15 days later.

A doctor can reject the appeal if it is considered requirements are not met and the application must be passed by another doctor and an evaluation commission.

Further, doctors can choose not to participate.