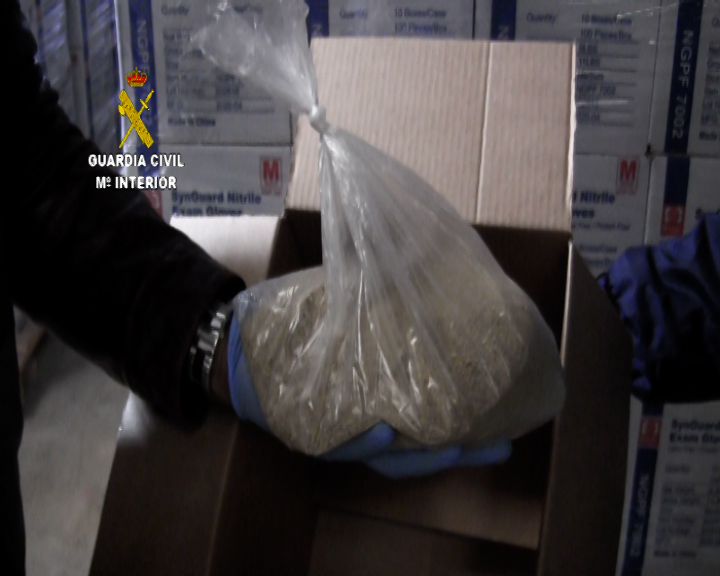 FRAUDSTERS hoped for a huge payday after convincing a Spanish company that hundreds of thousands of boxes filled with sand was vital equipment for frontline medical workers.

The victims paid €2,700,000 for the rubber gloves, which were destined to help protect medical workers in France fighting Covid-19 after being sold on by the distribution company.

Money was transferred to a Turkish bank to release the cargo but the scam was discovered during an inspection of the merchandise during its shipment to France.

Four arrests have been made by the Guardia Civil in Valencia and other suspects are being investigated in an international police operation involving French and Turkish authorities.

The buyers were hoodwinked after being shown film of 260 pallets loaded with what was claimed to be boxes of the specialised nitrile gloves.

Gang members even went with the prospective buyers to an industrial warehouse containing the load – opening boxes to show the gloves of a well-known brand. However, the bulk of the boxes, some 330,000, contained plastic bags full of sand.