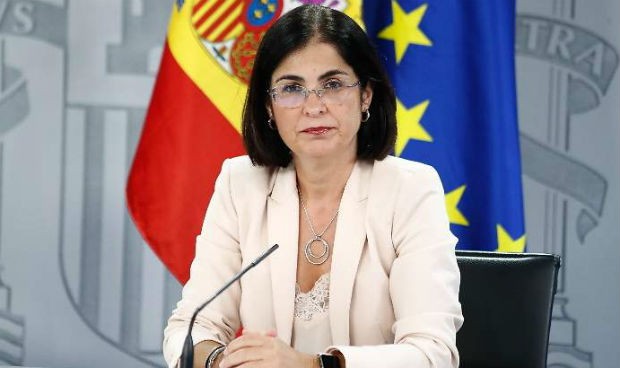 Warnings for people to be responsible

SPAIN’S Health Ministry has warned the country is creeping towards a ‘high risk’ of a fourth wave of the coronavirus crisis as the incidence rate climbs to 152 cases of Covid-19 per 100,000 people.

The four-stage traffic light system puts the whole country at the third stage, one below the ‘extreme risk’ under a system that maps the evolution of the pandemic, although there are wide variations across Spain’s 17 regions.

The warning was sounded after the latest meeting of the inter-territorial council of the national health system which brings together regional health chiefs with central government.

The representative for Castilla y León, Verónica Casado said afterwards the figures made experts fear “we are already entering a fourth wave”.

And Health Minister Caroline Darias also appeared at a press conference to urge the public to take “responsibility” and show “exemplary behaviour” to give the vaccination programme to take effect.

She said: “Each week that we advance, we are gaining time on the virus. We need the vaccines to benefit from this time to prevent this spike turning into a fourth wave.”

According to the statistics, seven regions are currently above the 150 per 100,000 threshold and considered high risk. They are: Asturias, Catalonia, Madrid, Navarre, the Basque Country and the two Spanish exclaves Ceuta and Melilla on the North African coast.

Four areas have seen figures rise to approach the threshold: Andalusia, Aragón, Castilla y León and La Rioja. Currently, the lowest rates, under 100 per 100,000 are enjoyed by five of the territories, the Balearic Islands, Castilla-La Mancha, the Valencia region, Galicia and Murcia.