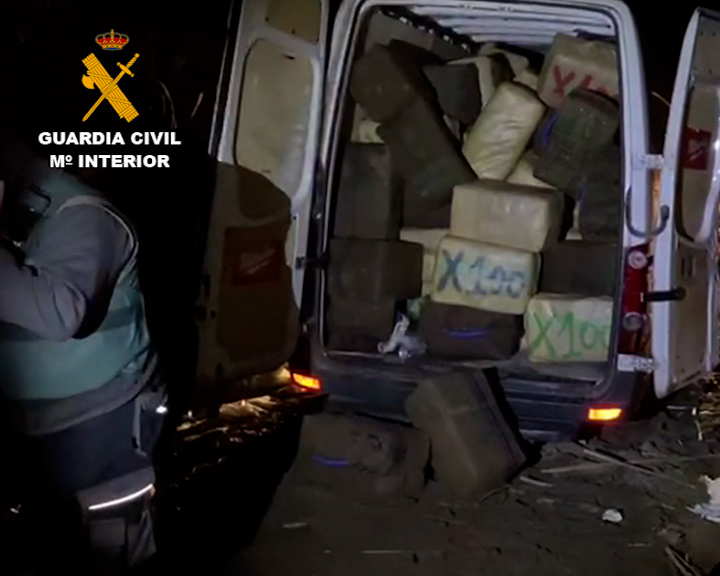 Crews used speedboats to land drugs along the coast of Andalusia, smuggling loads inland up the River Guadalquiver before disguising the drugs in loads of lorries transporting fruit into France.

The Guardia Civil said a ‘powerful infrastructure’ helped the gang operate along the southern coastline, a section of the criminal organisation were based at marinas and tasked with refuelling the thirsty high-speed boats, powered by multiple engines.

The drugs were stored in secret warehouses in the Seville area before being transferred onto boats secreted in hard to access marshland to continue the journey north.

And the gang, known as ‘Monparlet’, was able to supply other criminal groups with boats, crews, food and fuel, the police said.