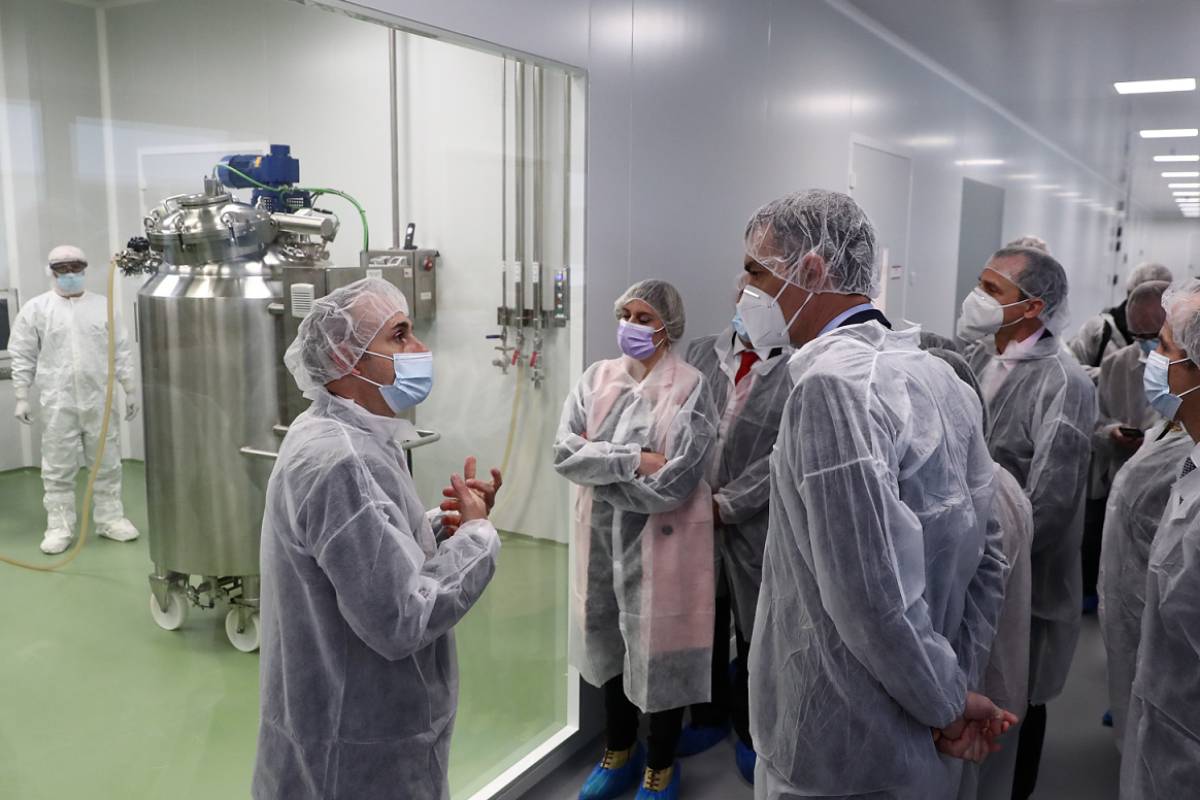 SPAIN hopes to have its home-manufactured Covid-19 vaccine in arms before the end of the year, said Prime Minister Pedro Sánchez.

The premier was visiting pharmaceutical company Hipra in Amer, in the Catalan province of Girona, when he said the jab one of Europe’s most promising ways of ending the coronavirus pandemic.

He underlined the vaccination programme as “the big hope” in the battle against the disease which has swept the world.

Spain is on board the EU objective of having 70% of adults vaccinated by the end of summer – either the last days of August or the beginning of September.

And Sánchez said: “Between April and September around 87 million doses of vaccines will arrive; we are going to guarantee the vaccination of all our fellow compatriots tis year, wherever they live.”

The Spanish government does not plan any extension of the current state of
emergency beyond the current expiry date on May 9.

Its key is the vaccination campaign despite the much-publicised problems faced by AstraZeneca and Johnson and Johnson shots. Almost 12 million people across the country have received their first dose and more than three million have had both jabs, almost 7% of the population.