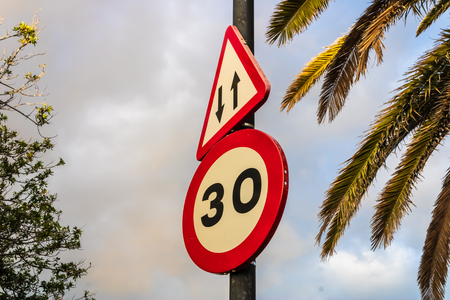 SPAIN has introduced 30km/h speed limits on most urban streets as the country looks to reduce the numbers of road deaths.

State traffic authority DGT believes the new restrictions will affect between 60% and 70% of roads – varying between individual towns and cities.

Since 2019, the numbers of ‘vulnerable’ road traffic victims – including pedestrians and cyclists – has exceeded those killed in vehicles.

In urban areas four of every five deaths fell into this category. While high-speed motorways and main roads account for the highest number of victims at around seven from every 10, the urban toll is growing year on year.

The change comes as more people are walking or using cycles or machines such as electric scooters – prompting the action.

In nine from 10 road accidents, where a vehicle’s speed is more than 50km/h, the victim loses their life. If the speed is 30km/h, just one in 10 is fatal. Further, the stopping distance when travelling at 30km/h is half that at 50km/h.