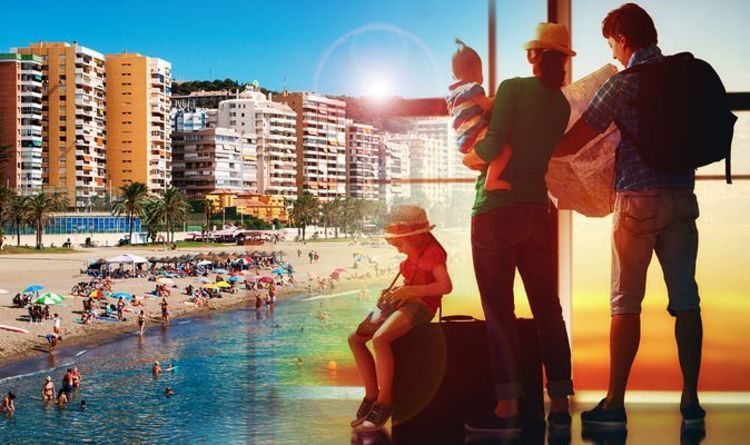 SPAIN plans to welcome back British visitors without requiring a negative PCR test for coronavirus on arrival from May 20.

The country’s minister for tourism Reyes Maroto said as long as the Covid-19 infection rate continues to fall in the UK, summer holidays on the Costas would begin again.

More than 18 million British tourists travelled to Spain in 2019 – key to the holiday market as the biggest group of international visitors. However, the arrivals plummeted to just 3.2 million last year as international travel to the country slumped by 80% due to pandemic restrictions.

Speaking after a weekly cabinet meeting in Madrid, Maroto told reporters: “It will allow the opening of the British market so they can come to Spain.
“British visitors could come from May 20 onwards without a PCR if the incidence rates are below the range currently under review, which is around 50 cases per 100,000 people.”

She said Spain would also look to bring down its own rate of contagion of the disease in a bid to encourage Boris Johnson’s government to lift restrictions on British travellers returning to the UK.

Britain is to allow international travel from May 17 after months of banning
international leisure travel; but currently, Spain is not on the ‘green list’ – under the traffic light system being operated by Westminster, it is an ‘amber’ country, requiring people to self-isolate for 10 days and take two Covid-19 tests.

“We know what we have to do to allow British people to travel to Spain, which is to lower the cumulative incidence rate and to keep on vaccinating,” added the minister.

Madrid believes its target to have 70% of the Spanish adult population immunised this summer is on track.