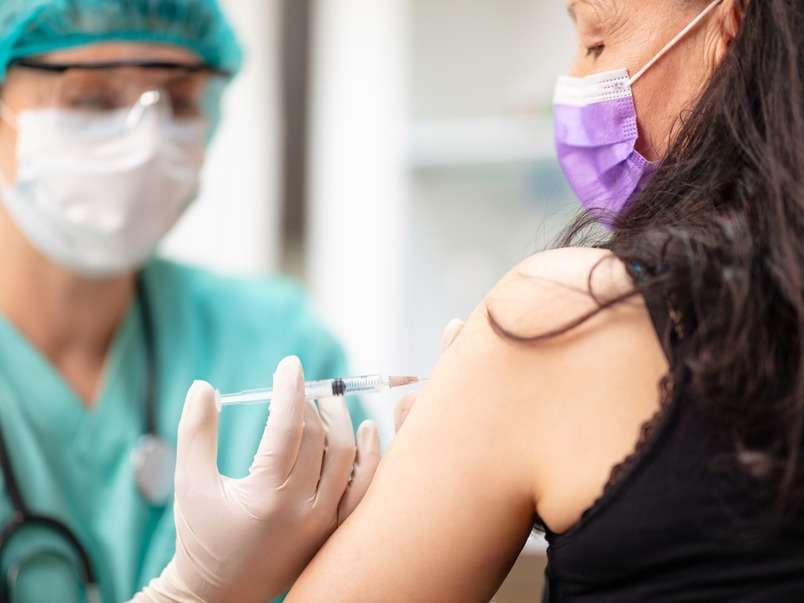 SPAIN’S health chiefs decide next week how to proceed with the vaccination of some two million people who received a first AstraZeneca shot but were denied the second over fears concerning rare blood clots.

The decision involves continuing with the programme – which regulators have ruled the benefits far outweigh the risks – or use a cocktail of vaccine and administering a Pfizer shot.

Research now shows mixing the two vaccines triples adverse side effects but while this is ‘important’ to the health’s ministry’s consideration, they were short-lived and countered with simple paracetamol.

A study named Com-Cov at Oxford University has looked at the affects of mixing different vaccines and the results have been made public via the prestigious medical journal Lancet.

The combination of AstraZeneca followed by a Pfizer shot was found to trigger fatigue in 75% of people; 60% reported suffering a headache; nearly 60% complained of muscle pain; and half of a ‘general malaise’.

The Spanish government said the British research tallied with its own ‘CombiVacs’ study in Madrid – which looked at 600 volunteers aged under 60, first given AstraZeneca, followed by a Pfizer jab.

Across Europe, out of six million second doses of AstraZeneca, only six cases of thrombosis were discovered.

The government wants to end ‘vaccine limbo’ for those waiting for a second shot. The choices are to give a second AstraZeneca vaccine as recommended by the European Medicines Agency, combine vaccines after verifying the side-effects are mild and short-lived; or leaving the two million with just one jab and trust it gives them 70% immunisation.