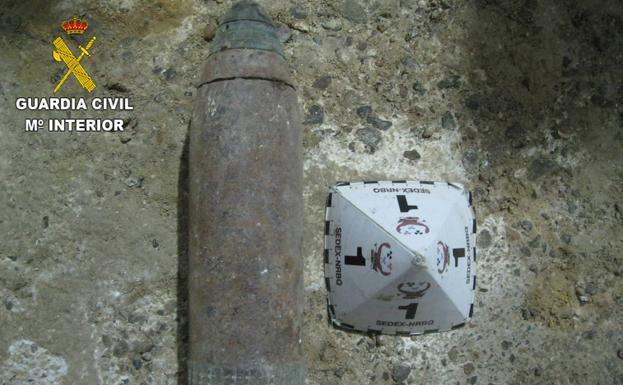 OWNERS restoring a country house triggered security alert when they discovered a 75mm howitzer shell in the attic.

Dating back to the Spanish Civil War, the projectile was hidden inside a box in the attic of the three-storey house in Alcublas, a small town north of Valencia.

After examining the object, hidden in a box, they called the Guardia Civil who sealed off the area until a specialist explosives team arrived. Experts transported the artillery shell south and destroyed it in a controlled explosion in a quarry at Buñol.

The police have now issued advice – anyone discovering such suspicious objects should not touch or move them but immediately contact the emergency services.