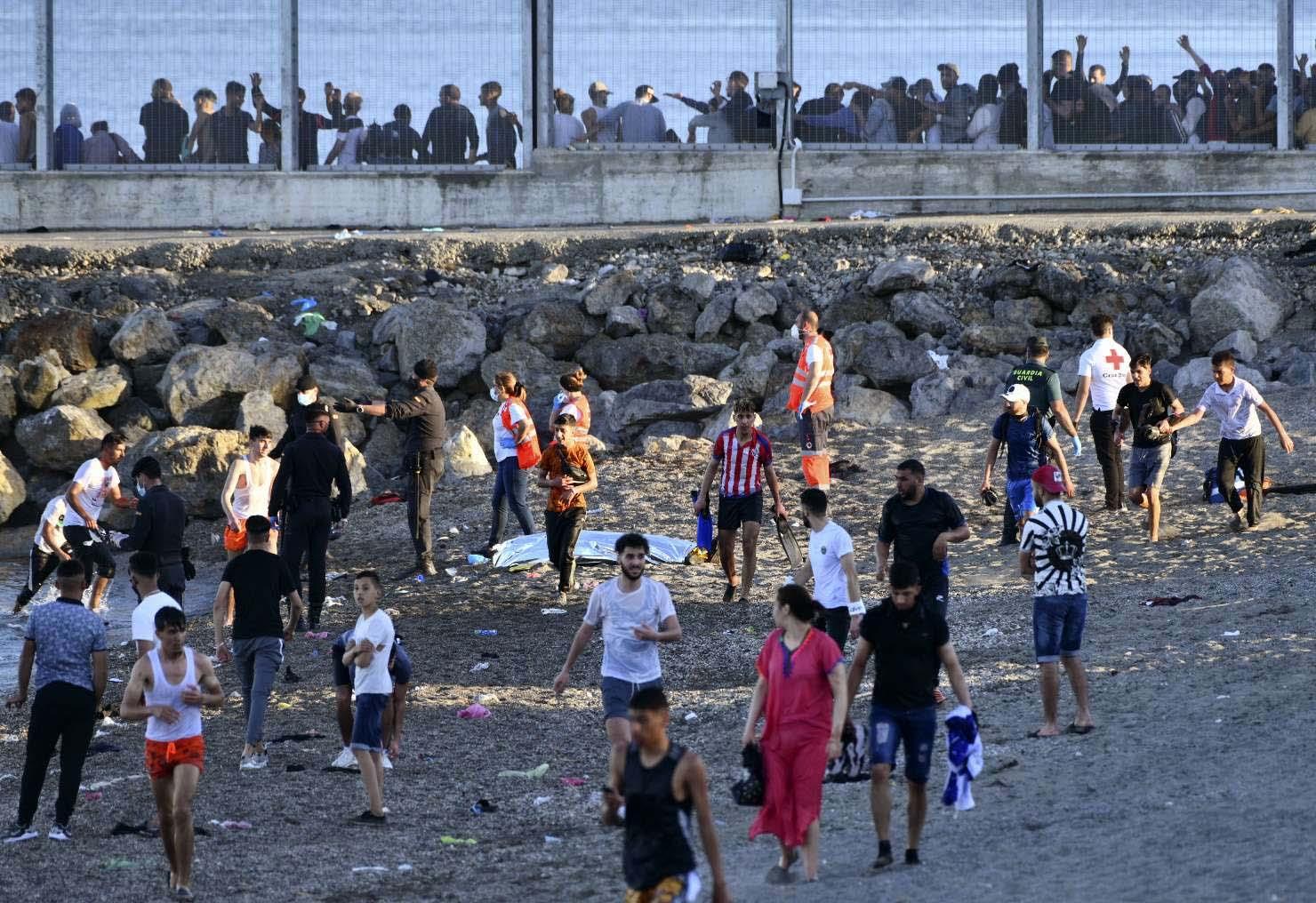 THOUSANDS of migrants – including hundreds of children – evaded border security to enter the Spanish enclave of Ceuta in North Africa on Monday – a record for a single day.

They were said to have mainly travelled from neighbouring Morocco and either swam round the border fences or walked around at low tide.

Spanish media claimed Moroccan border guards did nothing to stem the flow and many used inflatable swimming aids or rubber dinghies.

Most of the migrants were young men but the groups included children and entire families. Spanish Foreign Minister Arancha González Laya said some migrants were already being sent back to Morocco.

And EU border force Frontex has reported illegal migration to Spain’s Canary Islands, which lie off Morocco’s west coast, has surged this year. Migrants risk their lives to make the crossing in small boats and many are feared to have lost their lives in the attempt.