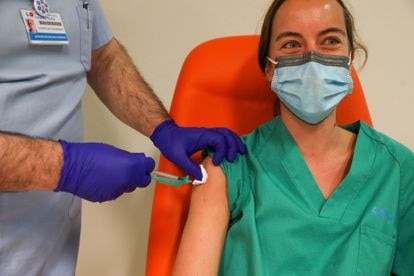 ESSENTIAL Spanish workers ‘left in limbo’ because of safety fears over the Oxford-AstraZeneca jab and possible rare links of the Covid-19 vaccine to blood clots will now receive a Pfizer jab.

Health chiefs have announced the policy for those 1.5 million people aged under 60 who received a first shot of AstraZeneca before the vaccination programme was suspended over safety fears.

The dilemma was what to do with the key sector – administer a second dose, leave people with just one shot, or give a second jab of a different vaccine.

The government took the decision to administer a second jab but using the Pfizer vaccine following research into the effects of a cocktail – including Spain’s own Combivac study, which concluded the mixture actually raised immunity levels against coronavirus.