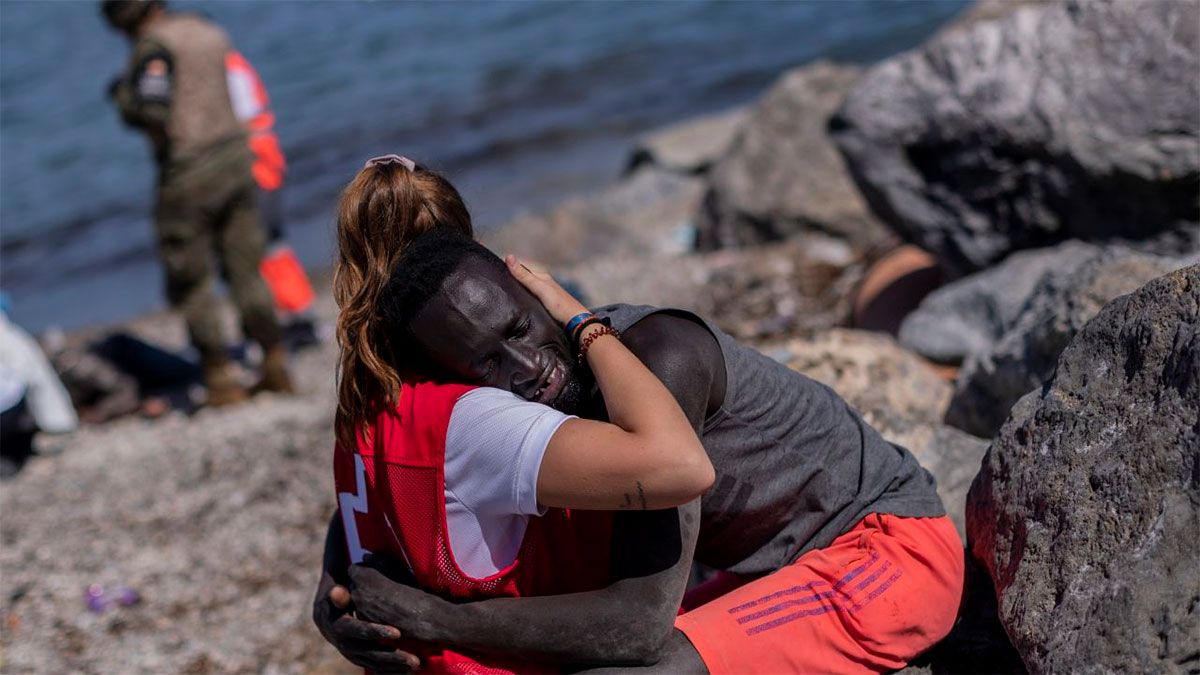 THE striking image of a young Red Cross worker hugging a distressed migrant who arrived on the beach at Ceuta this week went viral – but saw volunteer Luna Reyes Segura bombarded with sexist and racist messages.

The 20-year-old has since seen a wave of support from politicians and celebrities in response to the trolls as a video of the moment went round the world as a symbol of humanity in the chaos.

The pictures were taken during the migration crisis when as many as 9,000 people swam or waded around security fences from Morocco to reach the Spanish enclave – another dramatic picture seen by millions was a Guardia Civil diver rescuing a baby from the sea.

Reuters captured the scene as Luna and a soldier went to help an exhausted man sit up, she tries to calm him and give him water. Overcome, the migrant bursts into tears and is comforted and hugged by the volunteer.

She later told Spanish television channel TVE: “He wouldn’t stop hugging me; he clung to me like a limpet and just cried.”