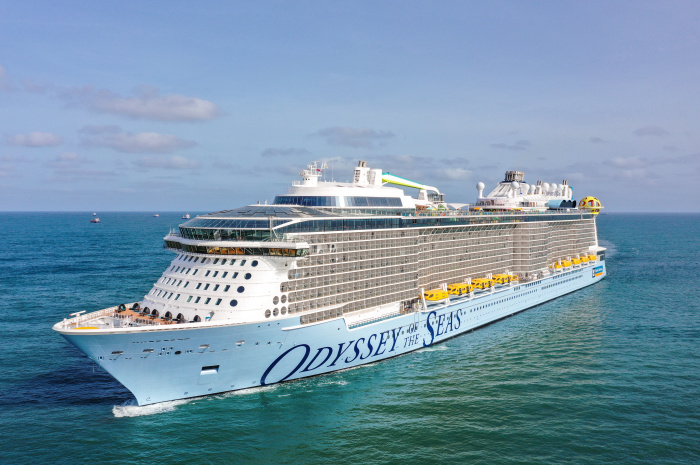 CRUISE liner Odyssey of the Seas made an unplanned stop off the Spanish island of Mallorca to drop off five crew members who had tested positive for coronavirus.

The Royal Caribbean vessel was the first cruise ship to arrive off the Balearics since March last year and was traveling from Italy to Florida in the United States.

The crew members were said to be asymptomatic and were transferred onto a Spanish vessel to start quarantine in a private clinic. On board, testing will take place to discover if more people have been infected.

The massive ship, is the Royal Caribbean’s newest cruise liner, and it can carry up to 4,100 passengers. On this voyage there are 1,400 crew members and fewer than 100 passengers.

The majority of cruises offered by the company remain suspended until June 30 but the newly launched Odyssey of the Seas is on its inaugural season – the effect of its stop and the outbreak of Covid has yet to be judged after a series of delays because of the global health crisis.